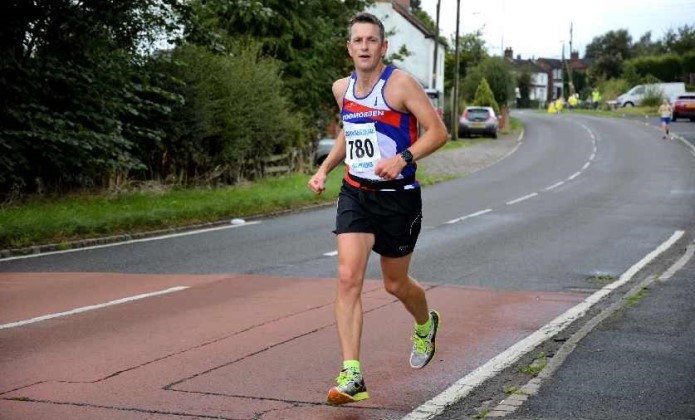 Paul Alexander headed south to take on the South Cheshire 20 mile road race on Sunday. This tough course on rural country lanes near Crewe saw 169 runners put to the test as the climbs continued to around mile 13, where an undulating descent takes runners back to the finish. Paul finished in 2.24 for 29th place as he prepares for the Chester Marathon in October. The race was won by Jason Cherriman of Leeds city in 1.52, who pipped 2nd place Ben Gamble of Tipton Harriers by 10s. Third placed Martin Green was 10 minutes behind this speedy duo.