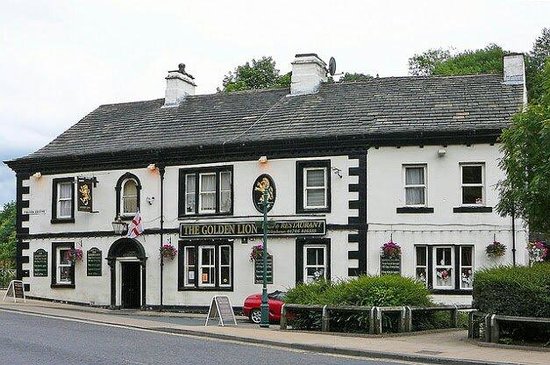 What happens on a pack run?
People gather at the “pub of the month” in time for a 7.00pm start (6.45 in April and September). There are usually 3 or 4 groups of varying abilities and all will do a variation of the same basic route – which will be decided on the night according to weather etc. The faster groups go faster and thus run further.
Do I have to be a club member to join in a pack run?
No! You don’t have to be a member to come along and run with us. In fact, pack runs are an ideal way to get to know us and find out whether Tod Harriers is the club for you.
What should I bring?
Appropriate running kit and shoes for the weather and terrain. If on the fells bring a waterproof taped-seam cagoule with a hood and overtrousers, hat, gloves, whistle and a mobile in a bumbag or rucsac in addition to what you set off in. If it is dark bring a  head torch or hand torch and something reflective or hi-viz. A change of clothing for afterwards….oh – and money for food and liquid refreshment if desired.
How far? How fast? Will I keep up?
We don’t set out to cover a certain distance – the aim is to stay out for 60-90mins. Daylight pack runs tend to last longer than dark, winter pack runs because it is less cold and more fun. If you are worried about not keeping up start out with a slow group and move up a level next week if it was too slow. During a pack run the faster runners in a group will stop at regular intervals to allow everyone to catch up. Don’t worry – you won’t be “dropped” and left on your own.
Changing facilities?
Most people turn up ready to run. The pub won’t mind you using their toilets to get changed in before or after the run. And there’s the car. Some people don’t bother and just get on with it in the car park!
Will there be anything to eat afterwards?
We carefully choose pack run venues that provide affordable food – you’ve come straight from work and will be starving after the run. Quite often they will put on a “special” for us. If you are vegetarian we insist that the pub will provide for you. You don’t have to stay on after the run – eat at home to avoid the expense.
Can I turn up to the pub without running first?
Of course you can – it’s a pub isn’t it! Just because you’re injured/unwell/resting/can’t be bothered doesn’t mean you have to miss out on the social scene!
What's it like turning up on your own for the first few times?
Heather says:

“…it can feel a bit daunting on your own as there are so many people with often different faces every week, but everyone is so welcoming this wasn’t a problem.”

Can I run with my dog?
Yes!