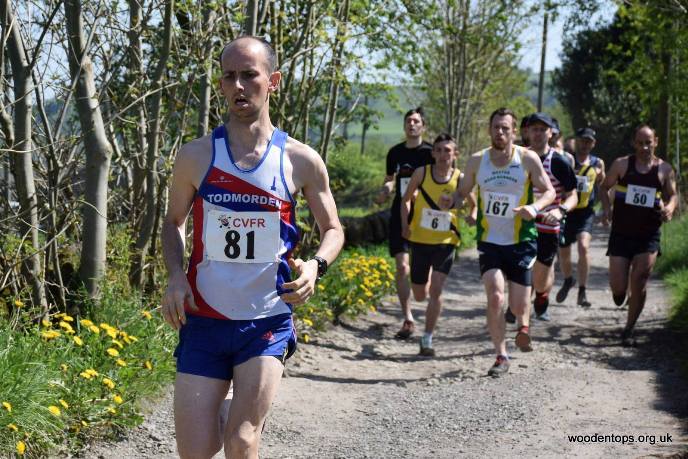 Four Todmorden Harriers Juniors took to the hills above Mytholmroyd for the Coiners Juniors races on Saturday morning. The going was hot, but this did mean the ground was pretty firm and dry underfoot. Sisters Aggie and Mabel Daniels competed in the U9 event. Aggie finished 39th in 8.30. Mabel was running her first fell race having reached 6yrs old in April; she finished 43rd in 11.49. Seth East and George Daniels represented the Harriers in the U11 race. Seth took the honours, finishing 41st in 13.15. George completed the course in 45th in 13.47.

In the adult race where 197 runners competed, Andrew Worster won it in a blistering 48.58 with Andy McFie managing to hold off Duncan Cannon to take 21st place finishing 26s ahead on 58.21. This male trio claimed the team prize over local rivals CVFR.