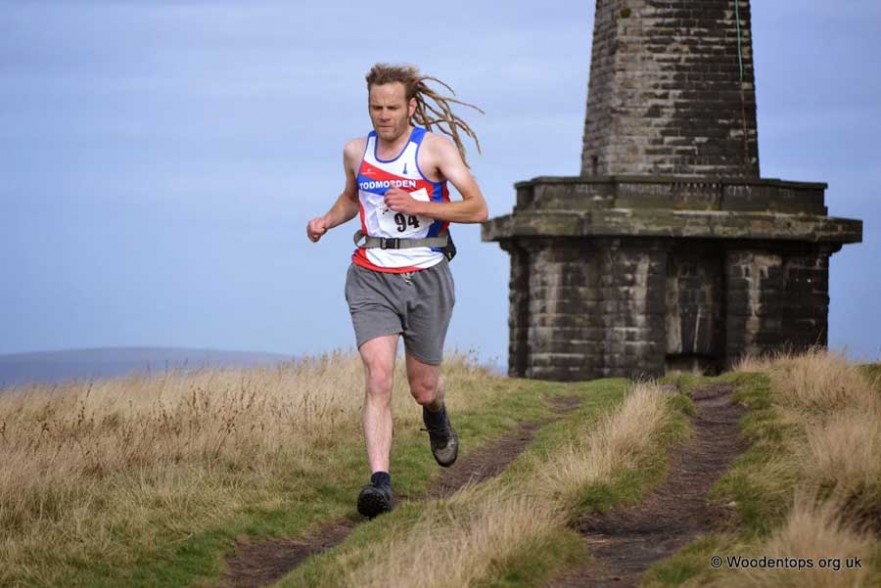 Billed as “a pleasant, but tough, end of season fell race over woodland paths, moors and rough fell”, the ever popular Good Shepherd event attracted a strong field of just over 100 runners on Saturday. Runners were treated to good weather for the 15 mile course which takes in varied and challenging terrain in the Mytholmroyd area. Todmorden Harriers were well represented, despite the draw of the Swinton 10 mile road race which took place on the same day.
Nick Barber led the charge for Todmorden finishing in a highly credible 2nd place overall in a time of 1.51.27. This continues Nick’s cracking run of form through the year. Also finishing in the top ten and second male in for the Harriers was Chris Goddard in 1.55.01 (6th overall). Paul Hobbs continued his fine run of form with an 11th place finish in 1.58.27. These performances were also enough to secure Todmorden the 2nd placed men’s team prize – just one point behind local rivals CVFR.
The Todmorden results were completed with Dan Taylor in 19th place (2.02.35), Dave Collins in 21st place, (2.02.53), Tom Barker, competing in his first event over 6 miles, in 37th place (2.10.08) and Reginald Czudek V60 in 106th place (3.28.16)