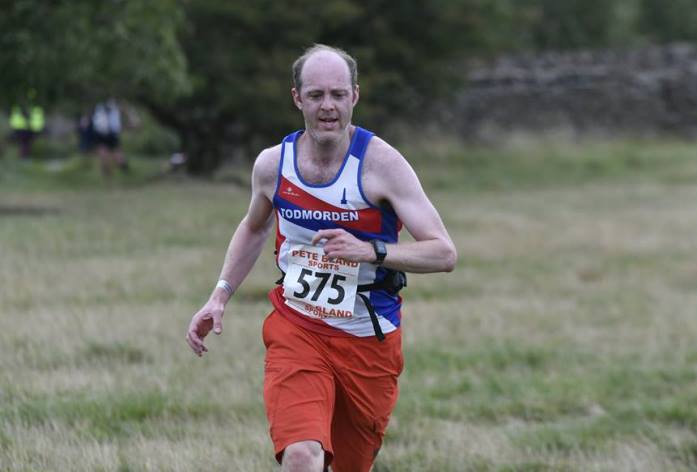 A quartet of Todmorden Harriers formed part of the 199 strong field for the popular Boulsworth Fell race. The event was resurrected in 2010 after a few years’ absence. The race coincides with the popular Trawden Agricultural Show and has a grandstand start in the heart of the main show ground. The 6.2 mile route passes through farmland on the way to and from the foot of Boulsworth, with the middle section consisting of a clockwise loop over the wide and plateau. Duncan Cannon had a strong run to claim 13th place in 47.51. Dan Taylor, running his third race within 24 hours, finished in 39th in 52.07. Dave Collins took second in the V60 age group, missing 1st by two seconds. He was 77th in 57.16. Peter Ehrhardt finished in 181st position in 1.20.28. Race winners were Joe Dale of Victoria Park Harriers in 42.29, and Fionnuala Swan of Trawden in 53.33