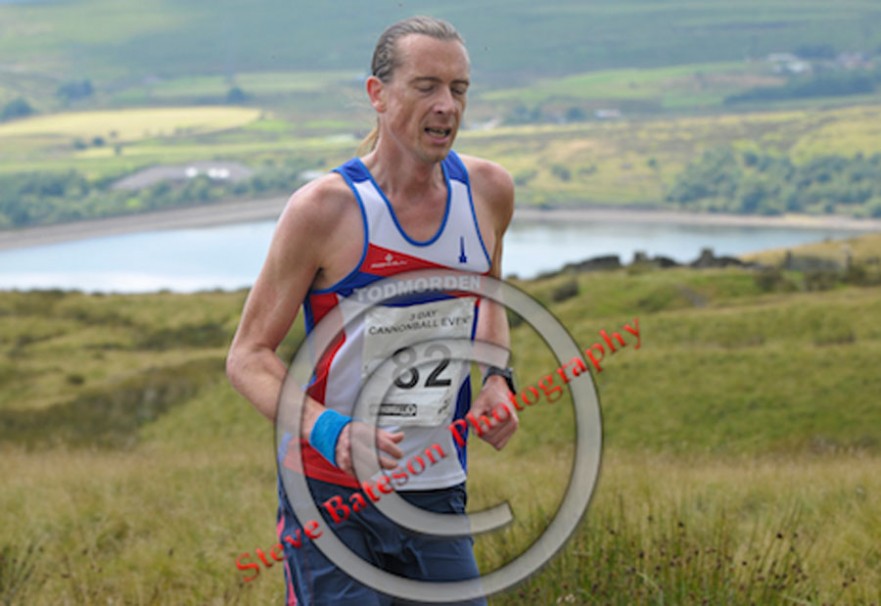 The Tod Harrier Road Championships moved to Shore village near Littleborough last Friday evening, for the latest event the 7k Shore Road Race. Part of the Cannonball 3 day event the race brought out 26 harriers on an overcast but dry evening. The route headed down towards littleborough before a left turn brought the runners out onto calderbrook road and a steep short climb. After passing the church the runners headed down to Todmorden Road where they took a left turn towards the town centre. A left turn, a run past the cricket club and a quick dash back up the hill brought the runners past the King Bill pub to the finish. First to finish was Rob James of Royton Runners. First Tod Harrier and also first V45 was Craig Stansfield, proving he is not just an ultra runner but also has a bit of speed. Craig was followed by Richard Butterwick who was second V45. The V40 Cat was also close between 2 toddies with Rob Gray claiming the prize ahead of Matt Flanaghan. In the ladies race Jane Mitchell had a great run for second placed overall. Julie Graham was first V45, Kath Brierley was first V50 and Mandy Goth first V55. There were also Category wins for Richard Blakeley in the V70’s, Josh Murphy in the U23’s and Moyra Parfitt in the V70 ladies. Todmorden took home the team prizes for both the men and ladies, counters were Craig/Richard /Matt and Jane/Kath/Mel Blackhurst.

8 Harriers came back on Saturday and Sunday to complete the 3 Day Event. Jane Mitchell showed good form throughout the weekend and came away with a well deserved 2nd place overall for the series. Craig Stansfield proved he is good on all surfaces with 5th place in the Trail race and 8th in the Fell Race giving him 4th overall and first V45 for the Series. Matt Flanagan came 6th and first v40, just ahead of Richard Butterwick 7th overall. Josh Murphy took the Under 23’s series prize showing how much he is improving in his first full year with the club.  Peter Ehrhardt was 2nd V65 for the series, with the races being 51,52 and 53 of his 70 at 70 challenge.