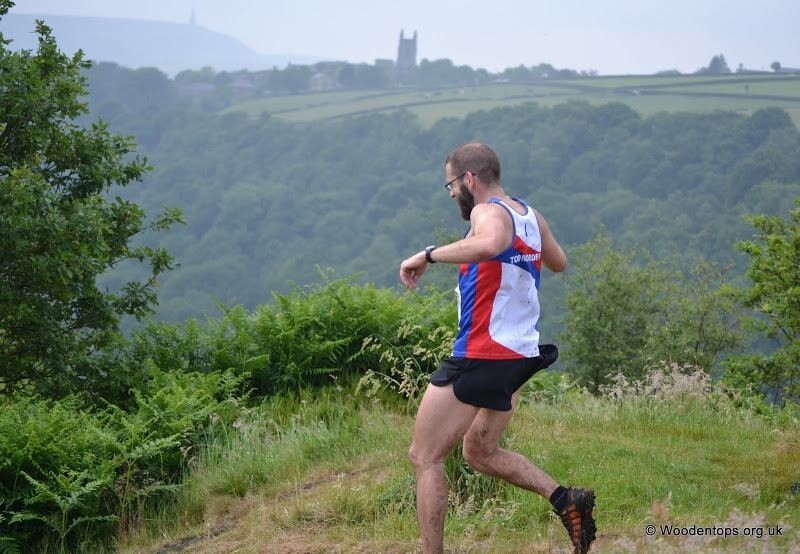 Four Todmorden Harriers headed over to Adel in Leeds to celebrate the 21st birthday of the Eccup 10 mile road in the best way possible, by running the race, which is in this year’s Harriers’ Grand Prix. This year, the race boasted a slightly revised course, including fewer hills to satisfy the PB chasers. Jane Mitchell and David Leslie completed the course in 77 and 78 mins respectively. Richard Blakeley wasn’t too far behind in 82 minutes whilst Peter Ehrhardt continues his quest for 70 races at the ripe old age of 70, finishing in 93 minutes.

Over in Southport, Richard Butterwick and Myra Wells raced on a course that couldn’t contrast more with Calderdale’s hilly tarmac. A pan flat course with a cooling see breeze swept Butterwick to yet another PB by over a minute. Butterwick’s season goes from strength to strength, coming in 39th out of almost 1000 finishers in 1 hour 26 minutes. Wells completed the race in 2 hours 28 minutes.

Heptonstall hosted its second fell race of the year on Saturday. Some may say the Heptonstall Festival race is an ‘inverted’ race, in beginning with a descent and ending with a climb. Add to this the mid-way climb up to High Brown Knoll then you have a challenging short race. First V40 and 5th overall was Ben Crowther. The two Robbies (Gray and Tyson) followed in 17th and 26th position.