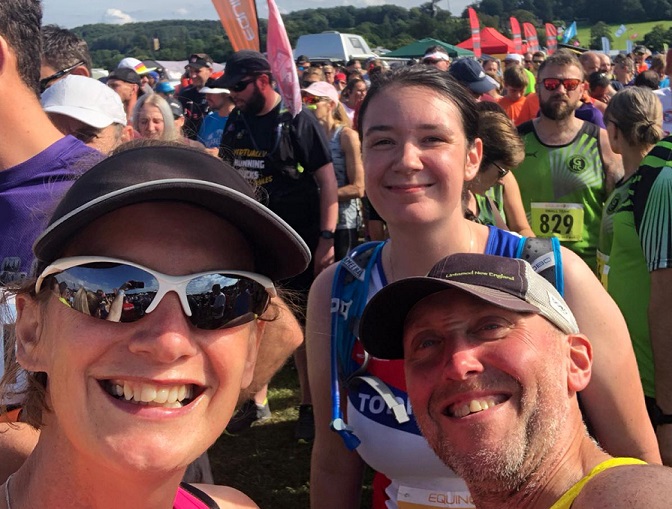 4 Toddies took on the Equinox 24 running festival over the weekend. Set in the grounds of Belvior castle in Leicestershire, runners have to do as many 10k loops as possible within 24 hours. The event has a festival atmosphere with camping for all over the weekend with live bands, food stall and beer tents, all on site. The last 1k of the loop passes through the camping area so that runners are cheered on by all the spectators. There are teams of 2 to 8 as well as Solo runners along with a Childrens 1k fun run, a beer run on Friday evening and also separate morning and evening 10k races on the Saturday.
Laura Donald managed 5 continues laps until her feet had enough giving her a position of 123 out of 208 in her catogory.
Joolz Graham, competing in the solo class, managed 8 loops in total including the sunset and sunrise loops and then ran around the campsite to reach her 50 mile goal. She finished 83rd out of 209 in her category.
Darren Graham did 12 loops and was in contention of a top 10 finish…until he took an ‘accidental’ 7-hour break placing him at the end 50th out of 251.
Louise Abdy joined in the festival atmosphere and ran the evening 10k on the Saturday following the same route as the 24 hour runners. She completed the course in 1:04:00