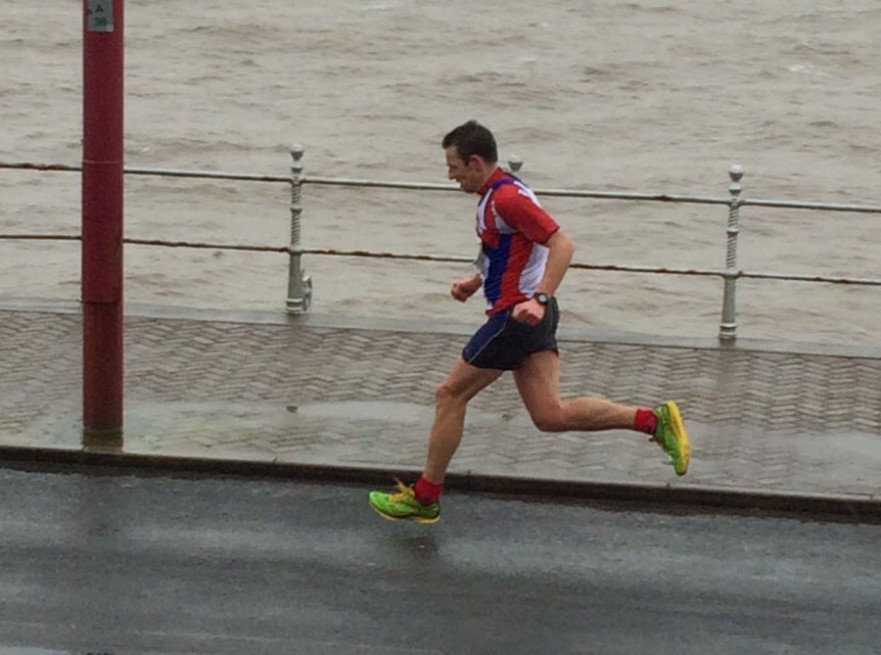 There was a strong cold wind and heavy rain from the start, but this did not deter a field of almost 1400 runners.

Starting on the promenade outside the Hilton Hotel, the course took the runners on a southerly 2 mile loop twice before heading north for two loops reaching Bispham at its furthest point.

With half of the course heading into 25mph winds, it was a tough day at the office for competitors.

There were two Todmorden Harriers in action, namely, Paul Alexander and Matthew Annison. Paul laid down a gutsy performance to secure 48th spot in a time of 1.26.47 running strongly throughout providing a further confidence boost towards his spring marathon build up. Matthew, taking on the half marathon distance for the first time, crossed the finish line in a very respectable 1.59.33, smashing his 2.10 target to pieces, earning him 687th place.

The men’s race was won by Tom Charles from Trafford AC in 1.12.35 whilst the first woman was Sharon Barlow of Ripon Runners in 1.23.21 to finish in 22nd place.