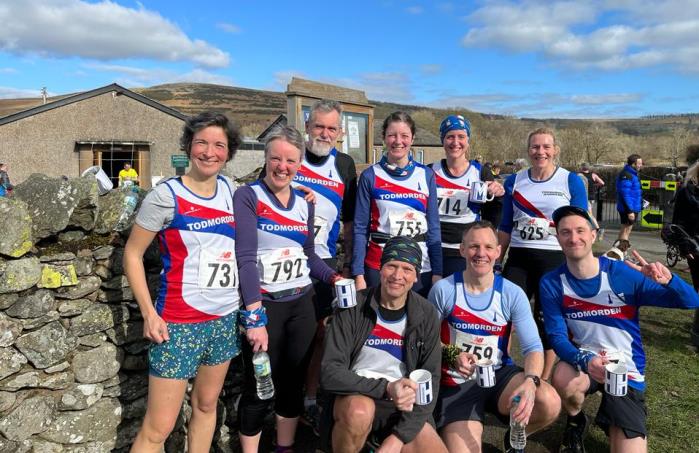 The club championships stayed on the road this week with the Haweswater Half Marathon. Almost certainly the most scenic road race on the Tod calendar, if not in the entire country, one downside to the Haweswater is that with over 1000ft of ascent it ordinarily wouldn’t be described as a PB course! Some Toddies would prove that theory wrong however…
Ben Blosse stormed to 10th overall in one of the performances of the season ticking off his half marathon PB along the way. Sticking with that theme, Nick Birchill had a really strong race and as well as his half marathon PB he somehow managed to knock off 5k, 10k and 10 mile pb’s along the way suggesting that he perhaps set off too fast and continued too fast until the end.
Zoe Dijkman continued her fine XC form being 1st female back for Tod by a decent margin whilst Katy May (also clocking a PB) described the course as “by far, the hardest run I have ever done”.
Results:
10th Ben Blosse
18th Richard Butterwick
29th Dave Garner
53rd Nick Birchill
57th Peter Bowles
67th Stuart Wolstenholme
71st Zoe Dijkman
120th Hannah-Louise Mobbs
129th Simon Anderton
136th Lisa Peatfield
145th Heather Rostron
193rd Chris Pickens
208th Katy May
212th Michelle Fuller