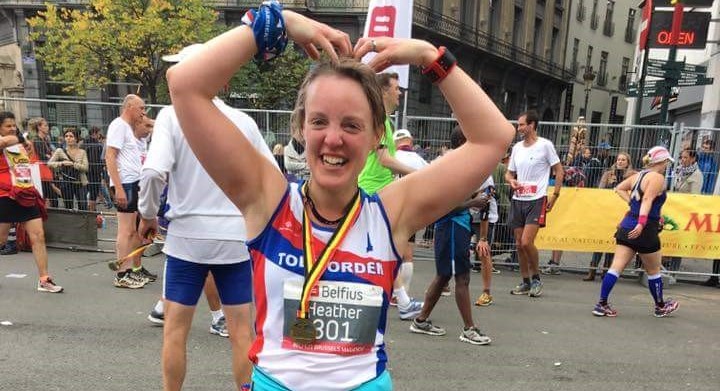 Heather Rostron made her marathon debut on Sunday in the Brussels Marathon where she smashed her 4.30 target with a
fabulous 4.17 for 1099th place of 1468 runners as her travelling fan club cheered her on to the finish. She executed this with an incredible negative split and hailed the race as “A great atmosphere” and stated “This is my first marathon and I’m really pleased with this time!”.

Also on Sunday, Paul Alexander booked his place in the London Marathon 2018 as he dipped under the Good For Age target at Chester Marathon finishing in a PB of 3.04.20 for 116th place of 2143 finishers as the only Todmorden Harrier taking part on this undulating rural course. He will be hoping to sneak under the elusive 3 hour mark as he eyes up his 10th marathon in the spring of 2017! The race was won by Ben Fish of Blackburn Harriers in 2.24.05.