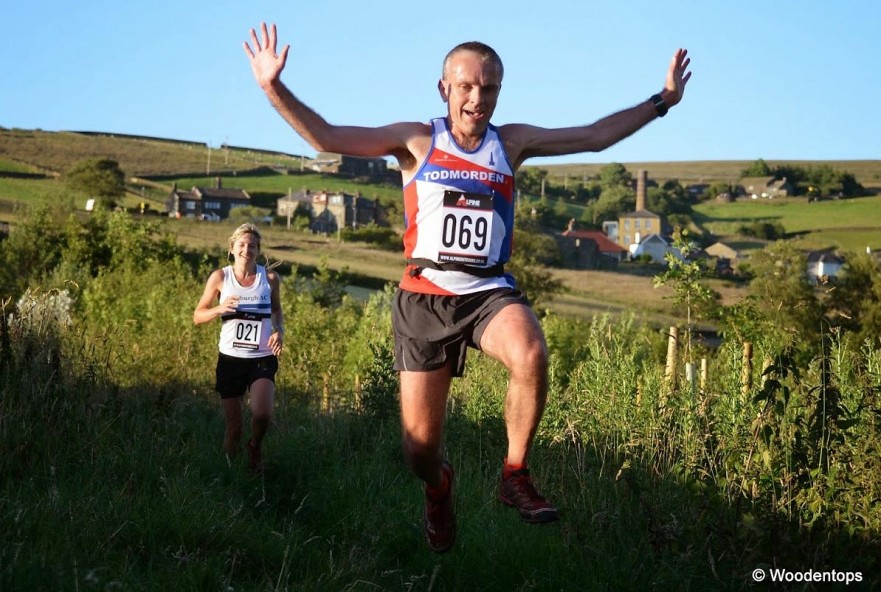 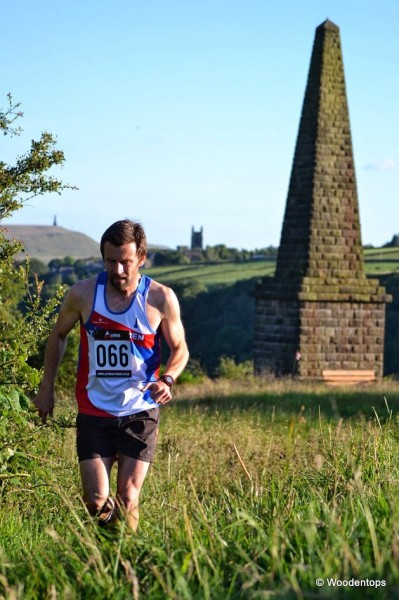 Race description from the official website : “The Heptonstall Grand Départ fell race follows the familiar route of the Heptonstall Festival race in previous years… Starting in the hilltop village of Heptonstall, the route plunges deep into a neighbouring valley before finding its way to the top of a nearby peak. It then returns in similar fashion. So yes, that does mean you finish with an almighty uphill struggle. There’s a right mix of terrain. Cobbles to start with then some grassy fields, muddy slopes, rocky bridleway and open moorland, some of it pathless.”

Photo (top of page) of Robin Tuddenham in “full flight” courtesy of Dave and Eileen Woodhead.