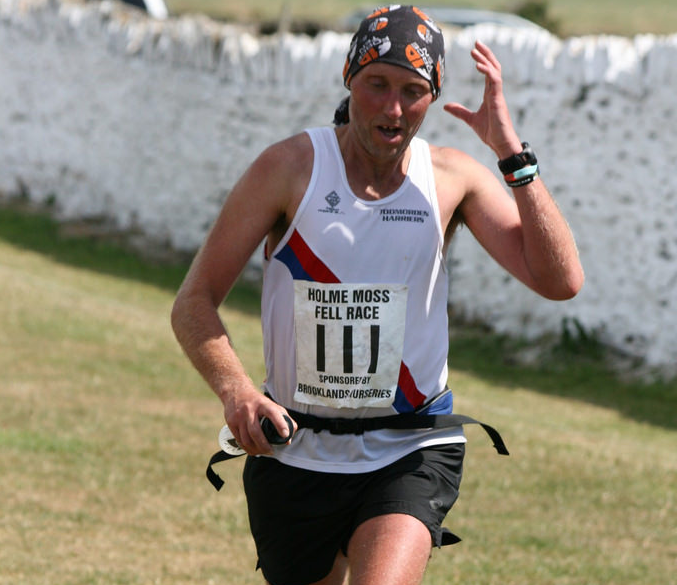 Holme Moss Fell Race was held over near Holmfirth on Sunday. This AL category fell race is a beast of a race with some wicked climbs and fast running in between. The route is 18 miles of moors over Saddleworth with over 4000ft of climbing. This year, runners were basking in sunshine until the race commenced and soon were running in the clag all the way around the route until the final section when the sun shone again. Conditions under foot were dry which resulted in some fast running, especially from race winner Karl Gray who would have broke the record if it wasn’t for the fact he did a ‘slight’ detour en route. He finished in 2.33.42 whilst Helen Berry of Holmfirth was first lady finishing in 2.58.39.
2 Toddies were among the 120+ starters with Darren Graham finishing in 34th place with a time of 3.28.10 and Dan Taylor coming in 75th place with 4.05.26. Runners were rewarded with a fantastic spread of food after the race whilst soaking up the sun on the cricket ground making all the effort worthwhile!