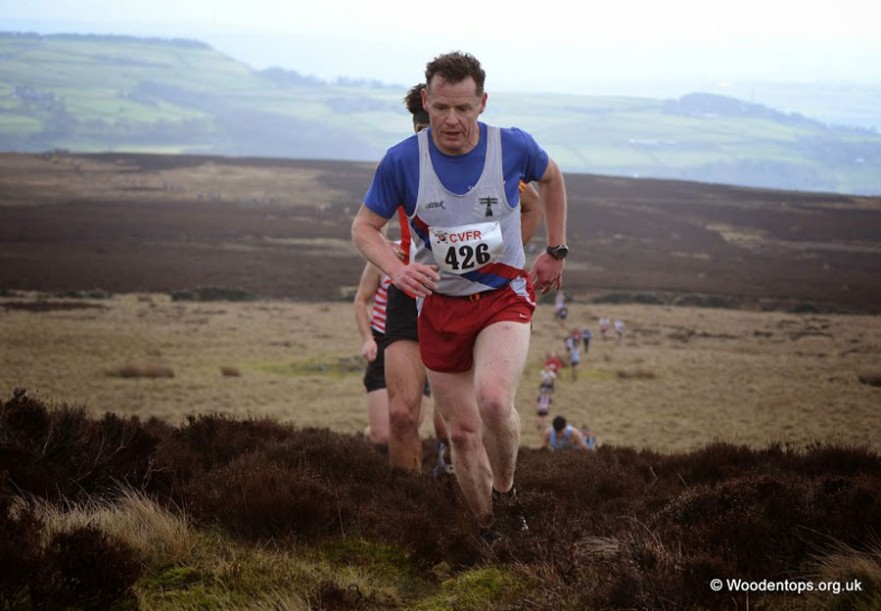 Todmorden Harriers’ fell championship continued this Saturday at Midgeley Moor Fell Race. The race, organised by Calder Valley Fell Runners, consistently lives up to its billing of ‘a local classic.’ Route choice is key, with runners able to choose whichever lines they please between the various moorland checkpoints. Or they just follow the person in front and hope for the best! The race starts in Booth and climbs sharply up on to the moor, visiting Crow Hill, Churn Milk Joan and Sheep Stones Trig Point. Many were using this year’s race as ideal preparation for next Saturday’s Flower Scar English championship race, organised by Todmorden Harriers.

Previous organiser of the race, Shaun Godsman, used his good knowledge of the route to win the men’s race, whilst Holmfirth’s Helen Berry came in first lady.

There was remarkable turnout of Todmorden Harriers runners, with 31 Tod vests gracing Midgeley Moor. Both the men’s and women’s teams put in great performances to finish second and first place teams respectively. There was a real tussle between the Toddie men, with Paul Brannigan, Ivan Gee, Chris Goddard and the ever improving John Allen all changing places numerous times. It was the V50 road runner, Brannigan, who came out in top though, finishing a very respectable seventh position, just edging Chris Goddard. Several of the Tod men had been celebrating their success in the Red Rose Cross Country league on Friday night; their race preparation of pints and pies clearly the perfect race fuel. New recruit Pauline May had a fine race, coming 6th lady; her addition to the Tod ladies’ team will no doubt have a positive impact during 2015. Mel Blackhurst continued her fine form in 7th position.