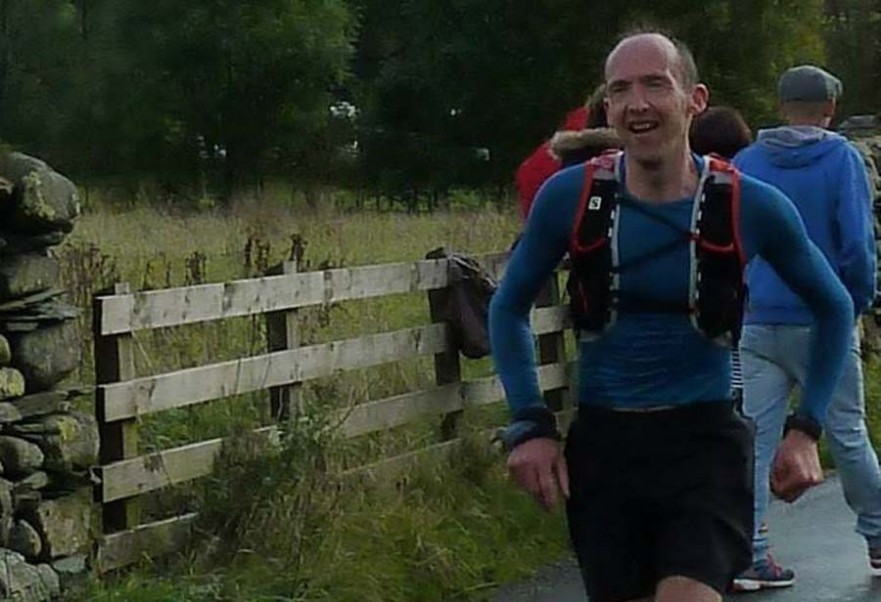 A large contingent of Todmorden Harriers made their way up the M6 for the classic Langdale Fell Race. On arrival, the view from the parking field didn’t quite manage to reveal the spectacular Langdale horseshoe; instead summits covered in low cloud. One for the expert navigators perhaps?

The race features 14 miles and over 4000ft of climb over Pavey ark, Bow Fell, Crinkle Craggs and finally Pike O Blisco. Andy Styan’s remarkable record of 1 hour 55 minutes from 1977 may never be broken. Year upon year its reputation as one of the great race records grows. This year though, times were slightly slower than usual, with a tricky mix of wet rock throughout and heavy bogs to contend with – a true test for everyone. Three runners received serious injuries in testing conditions, with the mountain rescue helicopter being called into action.

Todmorden based teacher and Calder Valley Runner James Logue found himself in first position by the summit of Bow Fell, in a group containing the eventual winner Rhys Findlay-Robinson. Logue eventually came a very impressive fifth position with battle at the front between Rhys Findlay-Robinson and ‘ghost from the past’ George Crayston, who has only just recently returned to the sport he excelled at in his teens. He gave up fell running, England vest and all, to pursue a career in Rugby league over 10 years ago. Findlay-Robinson narrowly took the win. First lady home was Judith Jepson of Dark Peak.

Featuring in Todmorden Harriers’ Fell Championship, there was indeed a strong Tod showing. Paul Hobbs was first harrier home with a strong run. He was followed in by Dave Garner and then by Dan Taylor, John Allen and Steve Pullan battling bouts of cramp (as many did given the conditions) but still smiling as he crossed the line.