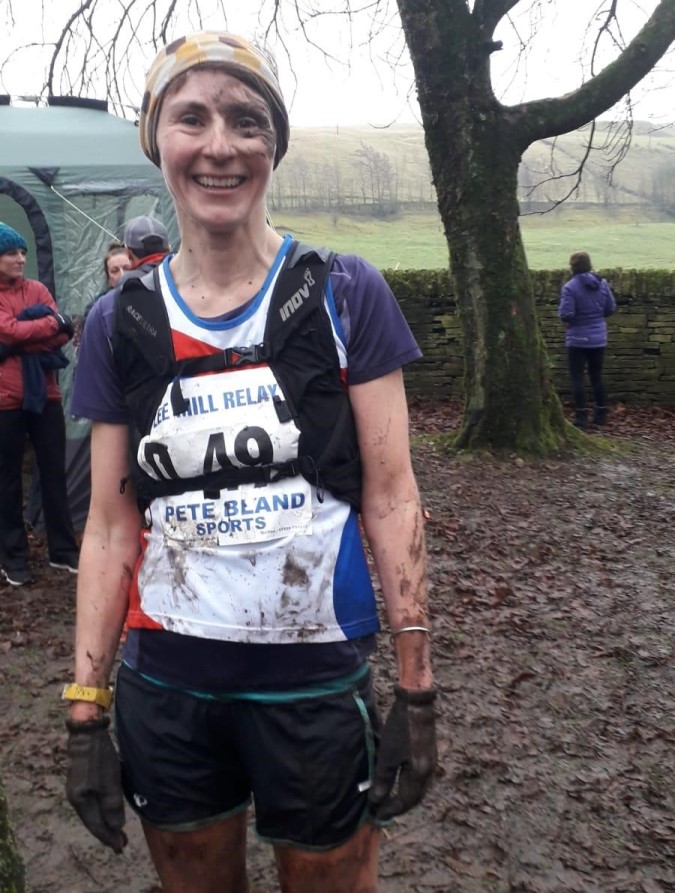 As ever much muddy fun was to be had at the Lee Mill Fell Relay. This year didn’t fail to deliver, being quite possibly the boggiest yet! The relay event is set in the Lee Mill Quarry site near Bacup and each team comprises four runners. All four runners run individually over a challenging 10.7k fell race course that reaches the summit on ‘Top of Leach’ moor.
Todmorden Harriers entered three teams this year. The men’s team put in a fine performance to come in 14th place out of the record-breaking 88 teams who took part. Dwane Dixon, Rob Holdsworth, Ben Homes and Dom Leckie made up the team, with Dom running the fastest time in 52:07. The Tod Vet Women’s team came 68th place overall, 8th women’s team and second vets. The team included Claire Duffield (who ran the fastest leg for the Vet women in 1:05), Mel Blackhurst, Sally Chesworth and Lucy Hobbs. The Women’s Open team weren’t far behind finishing in 71st place and 10th women’s team. Kim Ashworth, Rosa Blackwell, Elizabeth Brocke and Suzie Straugan (who ran the fastest leg for the open women in 1:06) made up the team.