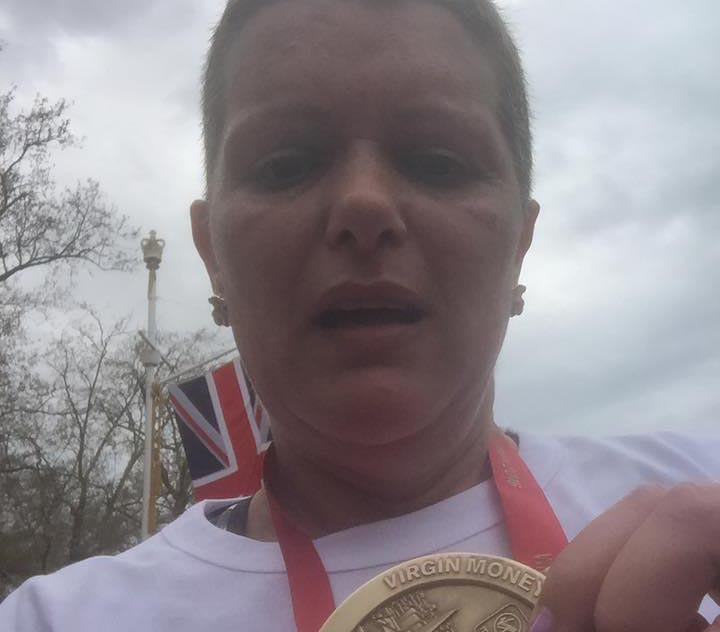 It was a weekend of road running for Todmorden Harriers as the London Marathon was undertaken by 6 of our runners amongst the other 40,000 runners who took part, including 1 in space!

Paul Scarisbrick recorded the fastest Toddy time of under 3 hours (2:58:59) with close to a fantastic even split.

Hard training paid off for Joanne Scholfield who, 4 months earlier, just finished her final chemotherapy treatment for breast cancer. This was her first marathon and all her training after the treatment paid off (Picture Attached)

Peter Kerridge had injured his ankle on the week before the event but was able to record a fantastic time of just over the 3 hour mark.

Mel Whitmore also recorded a great run in her first marathon and raised over a £1000 for Elland based charity Project Colt and their second hand furniture store that supports families and individuals affected by addiction.

Sticking to the tarmac, Josh Murphy recorded a PB at the Blackpool Half Marathon on Sunday. He ran the 13.1 distance in 1:38:47 giving him 100th place out of a field of 842 runners

Paul BranniganLondon Whole and Blackburn Half04.25.2016