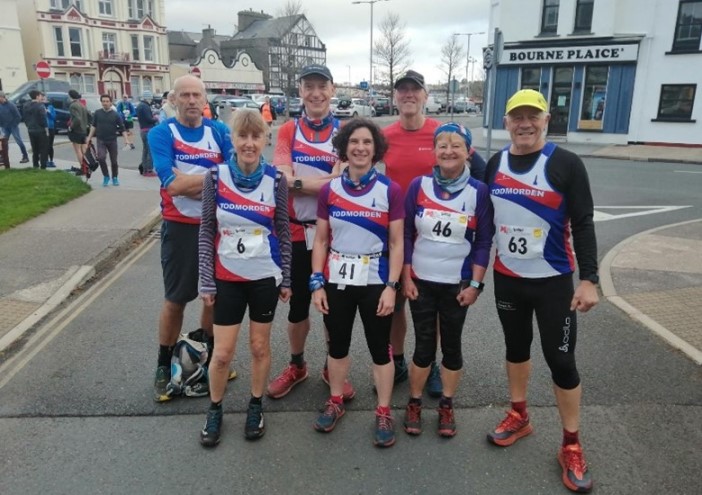 Several Toddies headed over the Irish Sea for this beast of a race – marathon in name only as it runs for over 30 miles down the spine of the island from Ramsey in the northeast to Port Erin in the southwest. It takes in over 8000ft of climbing including the island’s highest peak, Snaefell. Unfortunately the weather across the Irish sea wasn’t as good as it was back home, with runners facing clag for most of the day before the sun finally made an appearance late in the day. Six Toddies finished the course, with Mel Blackhurst taking a diversion to local A&E for some stitches in her lip after a nasty fall – get well soon Mel!
54th Darren Graham 7:11
62nd Mick Cooper 7:15
88th = Claire Shaw 7:46
88th = Charles Colbourn 7:46
116th Phil Hodgson 8:22
154th Mandy Goth 9:22