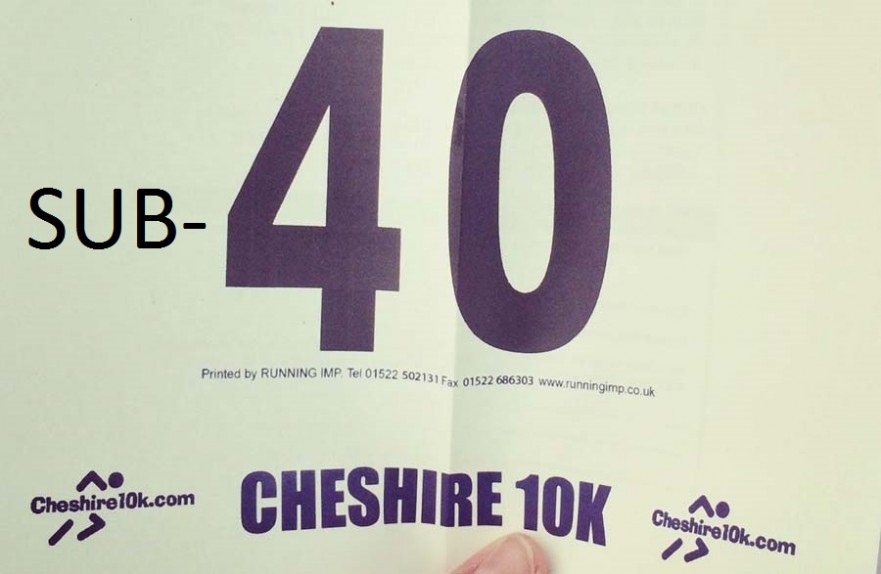 Sunday 2nd November saw the second Cheshire 10k of the year starting and finishing in the surrounds of Arley Hall in Cheshire. With a stacked field, a comfortable 10C with just a light breeze, the scene was set for what was going to be a quick race. The race was won by Mohammed Abu-Rezeq from Altrincham in a time of 29.11 to break the course record.

Paul Alexander, the only Todmorden Harrier entered, was on a mission to break the long awaited 40 minute barrier for the distance. A fast and flat course around country lanes meant that with a good pacing strategy it was looking possible. With over 1100 runners taking part, and a congested start, it was a little slow off the mark but he found his rhythm after the first 2km. Making up at least 40 places during the first half, his confidence grew with a surprisingly comfortable first 5k in 19.22. At 6km, there was a shallow rise which marginally slowed the pace. The next 3km was a bit of a grind and then at 9km, Paul pushed on to the finish with a nice negative split executing a 19.13 last 5k resulting in an overall time of 38.34, positioning 78th, and a taking an impressive 2.34 off his previous best time.