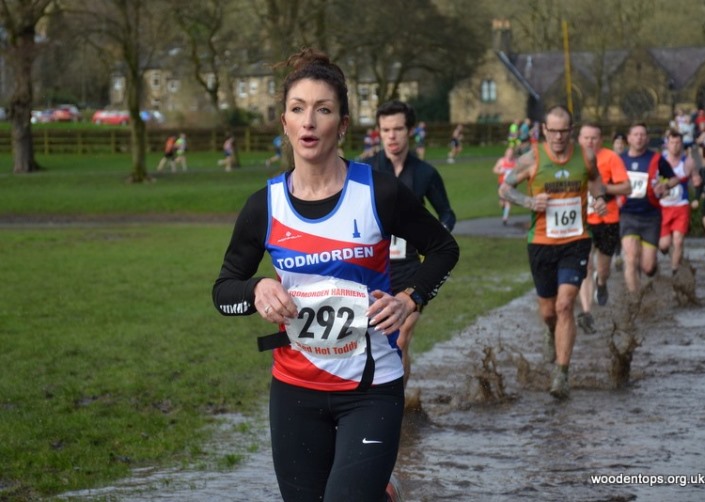 With a supremely impressive 300 runners this year’s Todmorden Harriers Red Hot Toddy 10k Road Race was sure to be one to remember!

It was Michelle Fuller’s first time as race director and together with her dedicated team they put on a first class event which saw 26 Tod runners in the field of 300 & around 115 women in total taking part which was fantastic to see on what was International Women’s Day.

The race began with two laps around a splishy sploshy splashy Centre Vale Park Todmorden, before climbing up a hilly course in blustery conditions to Sourhall, before going down Bacup Road then back through Todmorden town centre to the finish in sunshine at the park.

It was a newish pair at the club who finished first for the Toddies with Janine Mcgregor being first lady home in 45.00, and the returning Alex Whittem clocking 37.04 making him 4th gent back; Callum Davidson of Blackburn Harriers was first male home in 35.40.

There were a number of the runners making the step up from Tod Harriers’ successful Monday night sessions to take part, some doubling up from the IWD take-over of the Centre Vale 5k Park Run the day before. Alison Edge was just one of them and said she couldn’t stop smiling all the way round while wearing her shiny new Tod Harriers vest and Katy May equally proud to don hers for the first time too.