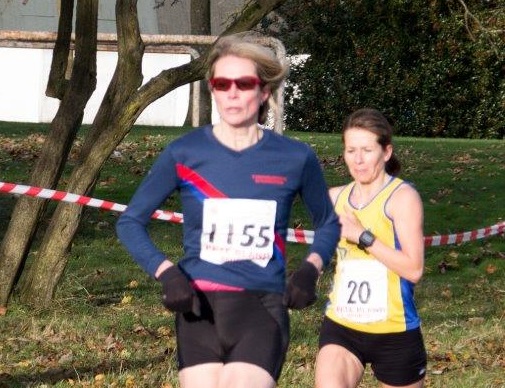 The country season continued to gather pace last Saturday at Leverhulme Park in Bolton.  Todmorden Harriers ladies and men’s teams continued their strong showing from last season in this 3rd race of the four race series.  Chilly November temperatures failed to deter strong Tod teams turning out, with strength in depth, particular in the veteran category, where Tod and Accrington Ladies and Tod and Bolton men are neck and neck in the race for the team titles.

In the juniors, Jack Crummett now lies in the top 10 overall for the series so far, on Saturday coming an excellent 7th position.  As always, it was tight at the front between the Tod ladies, all pushing each other, yielding 3rd team spot & retaining their top 3 position in the league. The veteran category was once again where it was at. Sarah Glyde and Mel Blackhurst came in just 5 seconds apart in 9th and 10th position.  Rebecca Patrick also ran strongly, achieving 17th place.  The ladies can be extremely proud of their performances so far with one race to go topping the V40 team category.

Where the Tod ladies led, the men aspired to follow.  They too, had tremendous strength in the V40 and V50 category.  Andrew Wrench, now into his fifties, continues to show the young guns how it’s done.  He has a comfortable lead in the league V50 category with fellow Tod Harrier Paul Brannigan in 3rd.  Having 7 runners in the top 30 vet 40 category is very impressive and testament to captain Nick Barber’s rallying of the troops for the XC season. Barber was first Harrier home as  6th V40, followed in by Wrench in 8th. Dwane Dixon’s strong vein of form continues with an excellent, and not so unlucky 13th position and Paul Brannigan completing the vets team in 20th.  Tod vets took 1st place on the day and closed the gap on Bolton who currently top the league.

The final race, at Marl Pits Sports Centre, on December 5th promises as always to nothing short of a complete mud fest and one where Tod Harriers’ have the potential to claim both the men’s and women’s Veteran prizes.