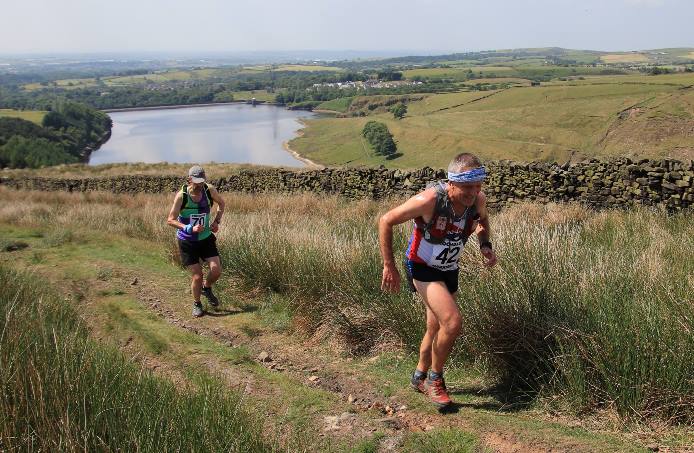 The weekend also brought on the Rochdale Harriers 3 Day event. 3 races over 3 days. Friday brought on the 6 mile road race in which Robin Tuddenham was the sole Toddy in a field of 90 runners. He finished 11th overall with a time of 39.06. Saturday brought on the 10k trail race and again, Robin flew the flag for Tod Harriers finishing 6th out of 58 runners even after doing a park run in the morning! On Sunday, the final race of the weekend brought the Knowl Hill fell race. 6 miles and 1300ft of climbing would test all the runners who had competed the previous 2 days. The fell race also attracted other Toddies in a field of 184 runners and Duncan Cannon was the first Toddy to cross the line in a time of 52.15 finishing in 13th place. Robin managed 43rd place in a time of 59.13 but overall he managed 6th place in the series. Jane Leonard, fresh from the Hebden race earlier in the week, was the first Toddy Lady finishing 115th in a time of 1.10.57. Full Toddy results for Knowl Hill Fell Race……