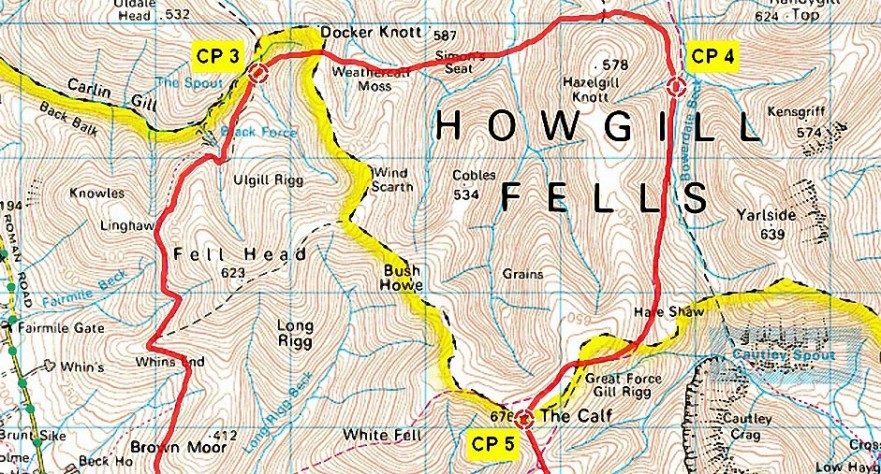 The English Fell Championship moved to Sedbergh on Sunday for the Sedbergh Hills Fell Race a Category A Long Fell Race. The race goes relentlessly up and down a number of hills in the Howgills range. There are some very steep climbs and descents to test even the hardiest fell runners. For the distance of 14 miles it is very tough with 6000 feet of climbing. The conditions before the race were wet and the tops of the hills were shrouded in mist. Tod sent a decent team up for both the men and ladies. They were lead home by Mens Team Captain Nick Barber in 68th, closely followed by Craig Stansfield in 71st. Next Harrier to finish was Dave Collins who had a solid run in his first English Champs outing of the year. After a steady start Dave overtook many runners in the second half of the race to come home 123rd and 5th is the V55 category. Lucy Burnett was the first Tod lady back, coming home just after Dave for 16th place in the ladies race, after a steady run round. Mel Blackhurst was the next lady back and also 7th V45. Also finishing the race, were Robin Tuddenham, Dan Taylor, David Leslie and Mandy Goth, big respect goes out to all finishers of one of the toughest of races.