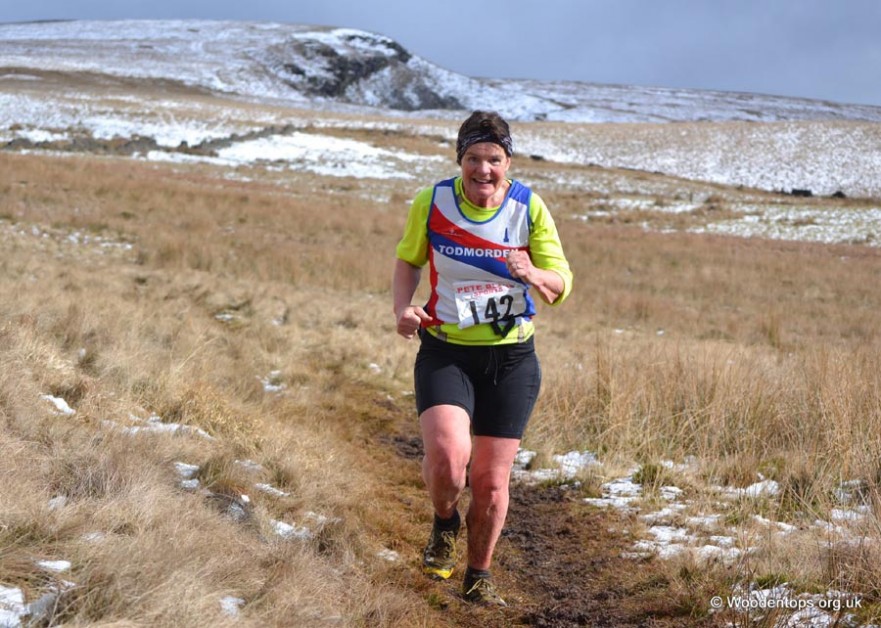 Stan Bradshaw Pendle Round
After a late surge of wintery weather, the forecast was favourable and the Stan Bradshaw Pendle Round went ahead under the direction of new race organiser Colin Woolford. Three hardy Harriers took to the snow strewn hills for the event, which attracted a field of over two hundred runners keen to pit themselves against the route and the elements. The first Todmorden Harrier home was Martin Roberts. He finished 91st overall in a time of 1.37.18. Second placed for the Harriers was Jane Leonard who finished 22nd lady and 179th overall in 1.54.24. The third runner home for Todmorden was Sue Roberts. She completed the course in 2.00.35, finishing 24th lady and 188th overall. The race was won by Jack Wood of Ilkley Harriers with Accrington Road Runners’ Deborah Gowens taking the ladies race.