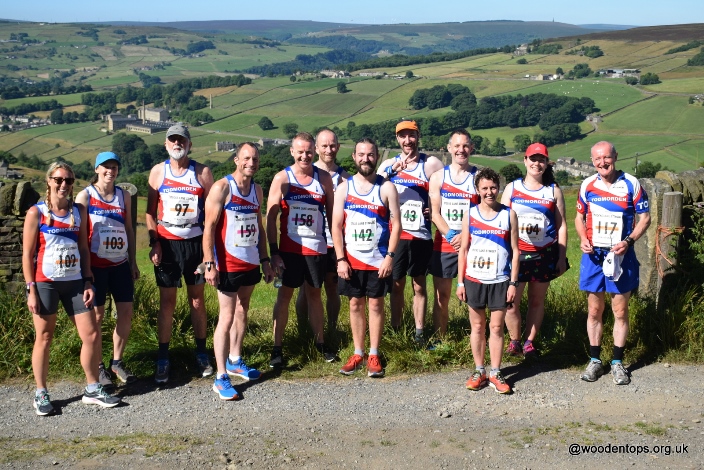 The club trail champs had another fantastic turn out on Sunday morning. Despite the 9.45am start it was already over 20 degrees which only served to add to the brutality of an already brutal course. 5 miles of lovely rolling road and trail sets you up for the final eponymous sting of the mile and a half 700ft climb up stocks lane to the finish. 20 Toddies raced with Dom Leckie picking up 1st Tod and 3rd overall. Performance of the day though is a toss up between Nick Birchill in 7th and Sam Lund in 10th who both climbed excellently to pick up their best performances in Tod vests. Todmorden also picked up both male and female team prizes as well as category prizes for Rebecca Coyle (FV40) Lisa Peatfield (FV45) Nev Drake (V50) Mandy Goth (FV60) Dave Collins (V65) and Richard Blakeley (V75). All in a top day for Tod.