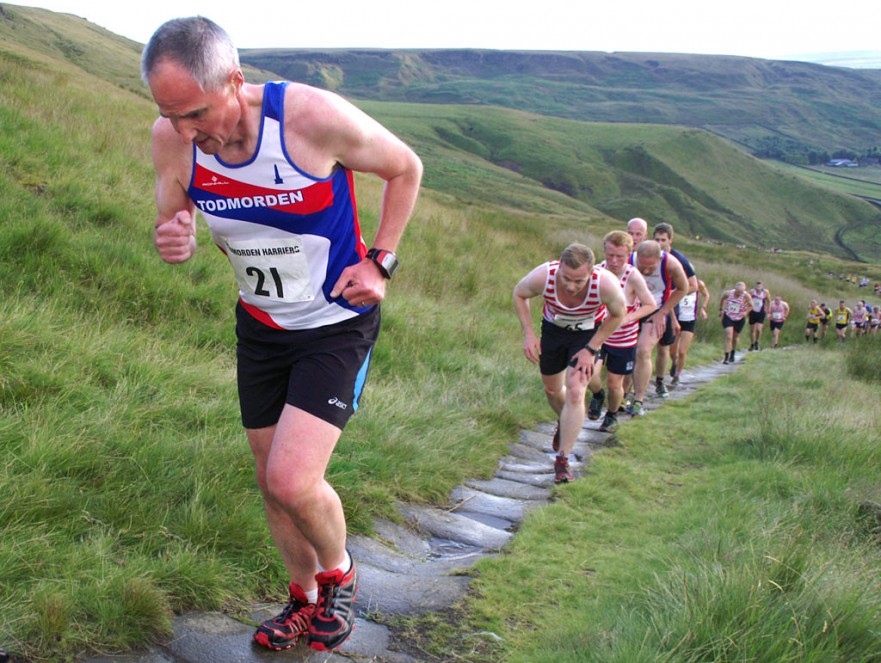 Tuesday 8th saw the latest running of the famous Stoodley Pike Fell Race. The organisation of this year’s  race was taken over by Joe Daniels, ably assisted by the Todmorden Harriers Crew. Conditions were hot if a little wet on top due to recent rainfall. The race climbs from the Top Brink Pub up to the Pike then a quick descent back down and along London Road to the finish, in a field behind the pub. The race was won in a very fast time by young Jamie Parkinson of Pudsey and Bramley, in only his 2nd fell race, 2nd place was Ian Holmes the course record holder. First Tod runner top finish was Andrew Wrench in a rare race outing for this year, proving the old adage that ‘Form is Temporary but Class is Permanent’. Next Tod finisher was Paul Hobbs continuing his good form, he was followed by a trio of harrier close together. Ben Crowther was first closely followed by Jack Crummett and new member Chris Goddard who is getting faster each week. First Lady was Lucy Collins of Stainland and the first tod Lady was Rebecca Patrick in 4th place and first FV45. Special mentions must go to Andy Glyde (pictured at top of page) who knocked 9 minutes of his time from 2005 and also Ian Stansfield who completed the race 48 years after first doing it in 1966.