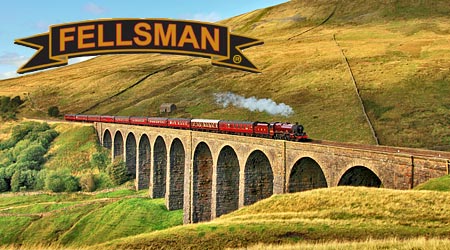 Cumbrian runner Adam Perry posted a hat-trick of wins in the gruelling 61 mile long Fellsman event with his victory in this year’s race, run in difficult conditions.

And a newcomer to the long-distance challenge, Jasmin Paris, smashed the women’s records with a new fastest time and highest ever place for a female runner.

Heavy rain, winds and low cloud faced the 374 participants in this year’s Fellsman, which takes in most of the hills in the southern half of the Yorkshire Dales national park on a course with more than 3,350m (11,000ft) of ascent.
The original entry list had 479 names, but there were 105 non-starters and 91 competitors were either withdrew voluntarily or were retired during the event. Some of those who withdrew may have been dissuaded by the unpromising weather forecast, which offered rain, wintry showers, strong winds and falling temperatures.