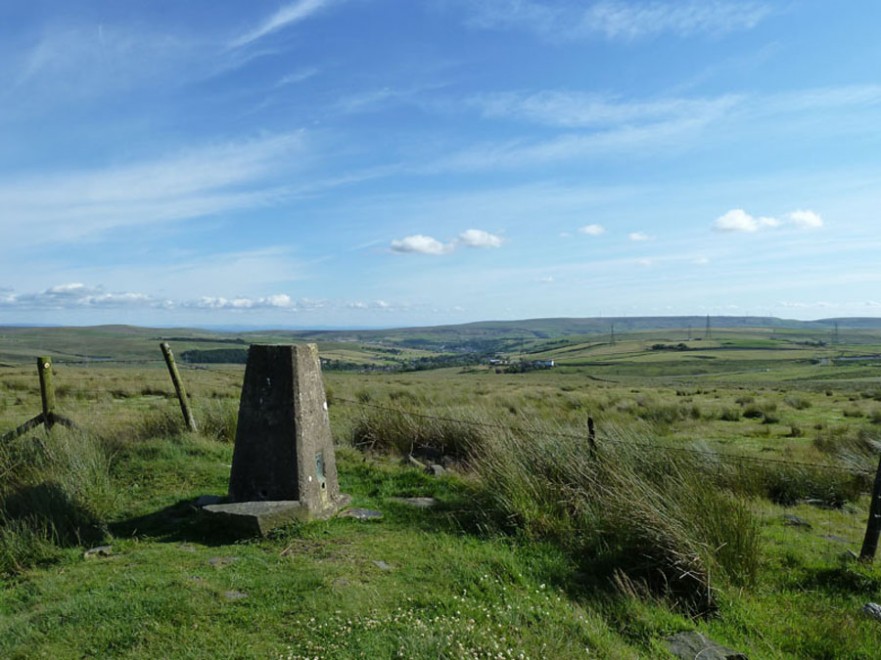 Thieveley Pike Fell Race was held on Saturday 27th September, one of several races attracting interest from Todmorden Harreirs. Three Harriers were in action in the short sharp AS category race.
The competitive field of over 100 runners set off from the field beside the Ram Inn, Cliviger. The race follows the Mary Towneley Loop to Scout Farm where a sharp left takes you up a mercifully short, ridiculously steep climb to the moor, which levels off towards a ruin. After crossing a couple of fields it’s back onto rough moorland for the climb to the Pike, steep at first then it eases as you follow the fence to the trig point. A fast grassy descent precedes a shorter, technical drop to the fell gate. Then you battle through a young plantation before a steep ‘sting in the tail’ brings you back to the ruin. A second grassy descent leads to the bridleway for the last push to the finish in the field where you started.
The first placed Todmorden Harrier was Andrew Wrench. Andrew won the M45 age category race and placed a fantastic 4th place overall in a highly impressive time of 35.01 – almost a minute ahead of the next placed runner. Jack Crummett, running in the MU23 category placed a very credible 21st place in 40.56. The first lady for Todmorden was Jane Leonard, competing in the F55 age group. She finished in 75th place overall in 48.10