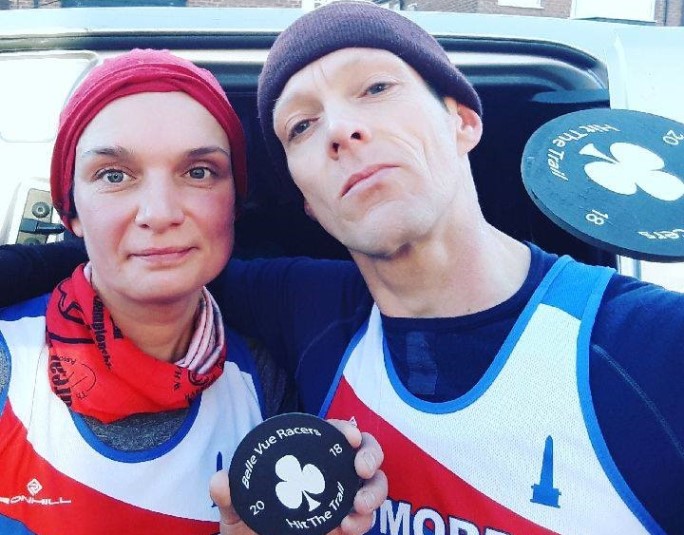 Crisp skies and cold conditions in Stockport made for firm but icy conditions at last Sunday’s 5 mile Hit the Trail race and Chairman Nick Barber did not fail. Dominating the race from start to finish he held his ground for the win in the Clubs first race of the 2018 Grand Prix and trail championship. The race that takes in the trails around the Reddish Vale Country Park was well attended, with 350 places being filled and a high attendance of championship hopefuls meant that the men’s team also took the team prize with Darren Tweed finishing in 5th place closely followed by Richard Butterwick and Matt Flanagan. Nick Barber’s inspiration came from his wife and new member Katch Skinner donning her vest and making her debut to finish 2nd Tod lady, behind Kerry Edwards. Katie Walshaw of Ribble Valley was first woman home in 29.20.

The first race in the clubs trail championship looks likely to be a good battle as many potential winners were out wearing their vests with pride.