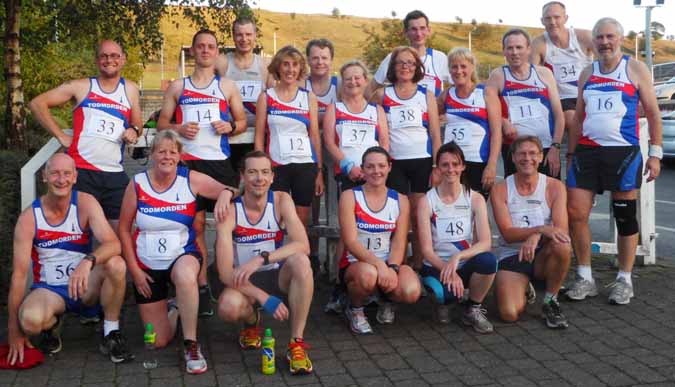 Todmorden Harriers made up nearly half of the field in the Littleborough Lions 5K charity race, which was also the 9th counter in Tod’s Road Championships.

The long descent from Hollingworth Lake to Littleborough railway station was the scene of many battles for extra championship points with Peter Erhardt overhauling Dave Wilson with just 200m to go. Similarly Andrea Taylor used the run in to overtake Dave’s wife Helen Wilson. Both Wilsons will be attending Tod Harriers speed training session in future.