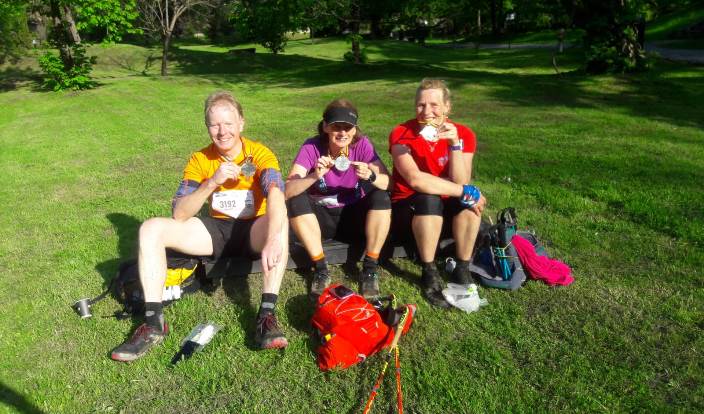 A group of of Toddies travelled over to Romania to take part in the Transylvania Ultra. A series of races ranging from 20k to 100k and set in the Bucegi area of the Capathian mountains. All the races started and finished at the village of Bran with the famous Castle Bran, the castle of the legendary Vlad the Impaler (Dracula), as the back drop.

Due to recent bad weather with snow and the risk of avalanches, this year’s race courses had to be altered due to mountain passes being unsafe.

On the day, Julie Graham, Graham Milnes and Michelle Fuller took part in the 30k which ended up at 35k due to the route alterations. The route took all 282 runners to a height of 5400ft and a total climb of over 7000ft. The three of them ran together and finished in a time of 8.34.38 giving them 238th place.