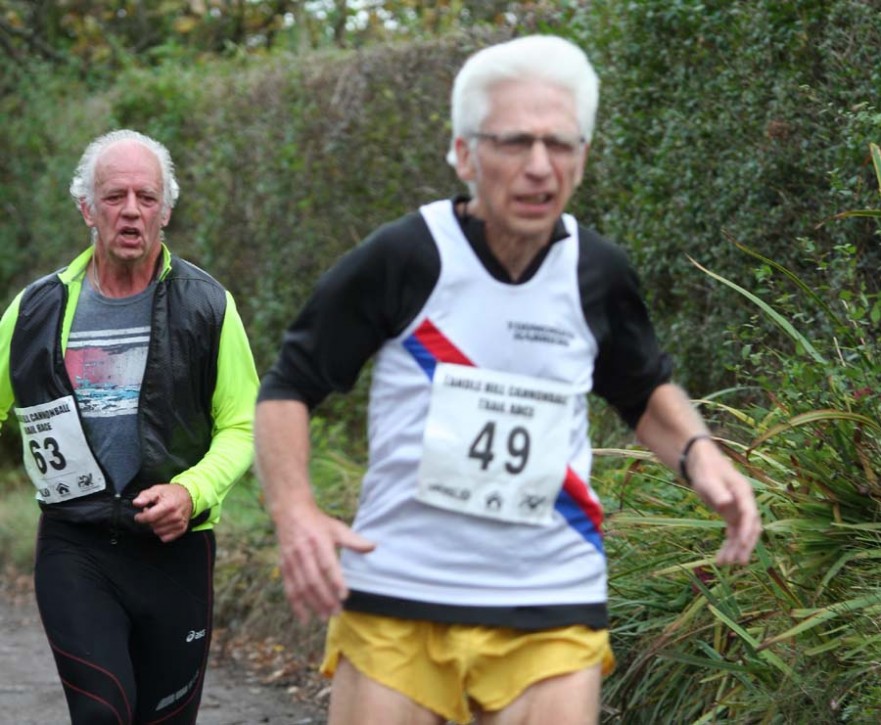 Tandle Hill Trail Race in Middleton was the setting for the final race in Todmorden Harriers Trail Championships. The Trail Championship has a special twist in that you can only win if you’ve not won a championship before. This year it is Darren Tweed who will be crowned Trail Champion. Darren has won the admiration of his clubmates for the improvement he has made each year. As well as the trail title Darren was part of Tod’s winning team at Tandle where team members Paul Brannigan took the age 50-54 class win and Matthew Flanagan in his first race as a Tod Harrier won the age 40-44 class. Tod’s other winner was Peter Erhardt in the age 65-69 class. Peter was pushed hard by Tod’s Reg Czudek in a battle over the last half mile that saw them separated by just one second.
Results:
4th Paul Brannigan 37.16
9th Matt Flanagan 40.36
11th Darren Tweed 40.54
29th Guy Whitmore 44.35
34th Simon Galloway 45.16
42nd Matthew Annison 46.58
49th David Leslie 49.24
51st Phil Cool 50.06
63rd Jeff Anderson 54.44
77th Peter Erhardt 58.05
78th Reg Czudek 58.06