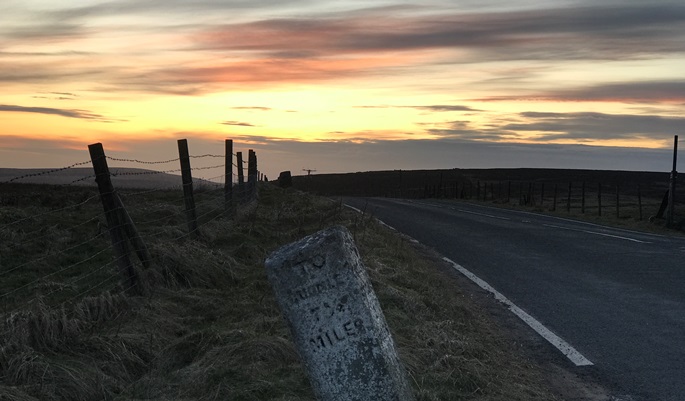 Was it the the final no-Packrun of this lockdown or the joys of spring that had some Toddies jumping for joy this week? Whatever it was it caused Joolz and Louise to abandon their plans for more hill reps and take a lovely 6k bimble on Midgley Moor instead. Going a bit further Sarah Dunnakey was out running most of the Mytholmroyd fell race route with Jan Fitzpatrick first thing, with the bonus of not getting lost on Dimmindale! Laura Donald’s short 5km run turned into a nearly 9km run, all in aid of dissertation writing procrastination. She even stopped to talk to some calves to waste even more time! Up in the Lakes Louise Greenwood was having a great day bagging 17k whilst doing some filming up on Striding Edge for a forthcoming virtual Helvellyn zoom. No photos this week from Louise but a link will be posted to the film soon. Katy May and Rebecca Gibson ran up to Rawtenstall, across Jumble Hole Clough and down via Great Rock while Phil Hodgson was walking rather than running having a top day out round Gorple and Widdop stoning and DOFing. Darren Gilman took his first trip up to the Pike this year. Whilst on his 16k run he found a family of stone meerkats! Charles Colbourn was nosying rather slowly round paths that he hadn’t used before checking out Stoodley via Horsehold then back along the beck in Cragg Vale. Dave and Michelle took an evening 9k run through Hades while Mandy’s long day at work and sore glutes from Alison Farrell s body blast work meant doing some massage stuff and saving herself for ‘The Climb’ uphill virtual road grand prix challenge the next day. Getting another run at the same challenge Stu was determined to better last weeks time and crack the half hour barrier but only managed to shave 13 seconds off and clock 30.28. A much more impressive run was made by Darren Tweed, his Strava feed reporting that he was well under the magical 30min mark at 26.31. Back in the valley Helen Wilson ran back from Tod with the dog before attacking some trees in the garden to create next year’s firewood. On two wheels Bob Halstead rode a 38miler over Buckstones and back down Scammonden with the sun shining and a massive tailwind. With no injuries this week, the return of the Packrun next week and British summertime too – it’s all looking great!