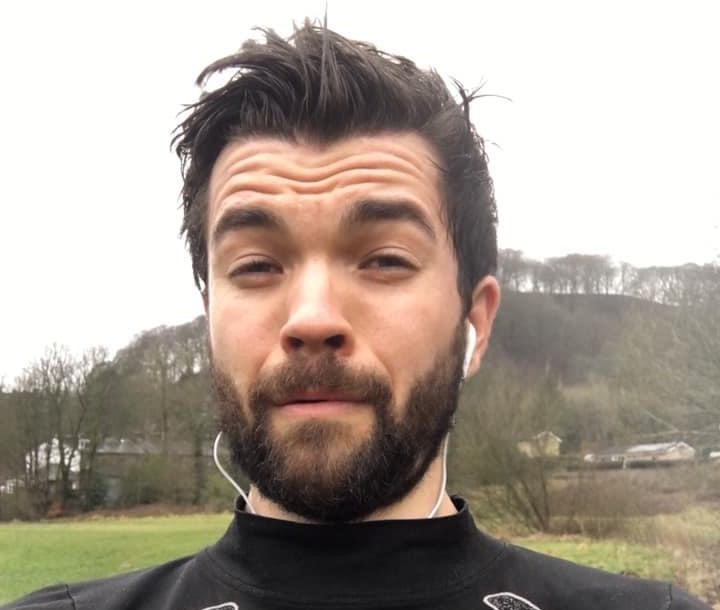 Last weeks no-Packrun day felt like the first day of spring, the week before was an icy blast of winter. This week’s started as a grey average, kinda ‘meh’ day. But as usual the Toddies were out in force. Sarah Dunnakey was the first up with a pre-breakfast run around Midgley Moor with Jan Fitzpatrick and the dogs Digger and Freddie. Hair and fur was flowing in the breeze but no photos unfortunately! Bob Halstead reported a great little interval session with Simon Anderton up and down the fields around Dobroyd Castle although Simon’s opinion on that was simply, “Beasted!” Making their attempts in the Bridestones virtual grand prix race were Sophie Cunningham, who was brought to a stop by the wind at the top, then had to wait for sheep herding and Dom Leckie who, despite the wind and sludge set a personal best (and current race leading) time of 36.51. Dom won the last actual running of this race and looks like he could do it again. The weather was a bit more dramatic in the lakes for Louise Greenwood who spent more time wading than running, Ullswater having swallowed many low lying trails. The evening arrival of rain in the Calder valley didn’t dampen the spirit of enthusiastic Toddie Heather Rostron, bubbled with Lisa Peatfield for a lovely 7 mile Hot Toddy Reverse just dodging the heavier rain. Helen Wilson took a short evening run after a fitness challenge with Skye, followed up by a puppy walk. Taking a speedy 12k loop of Stoodley was Chris Goddard while Peter Kerridge was dodging amphibians on his 14k loop of Luddenden and Midgley. The sighting of frogs and toads means two things. It’s wet, but spring is on its way! Stu Wolstenholme was also dodging the showers with a fast(ish) 5k around Sowerby Bridge. Grabbing a quick 20mins after work was Mandy Goth while Kerry Edwards, recovering from injury had a short run on the treadmill. She anticipates being back outside soon (speedy recovery Kerry) On two wheels this week were Julie Graham on the mtb, trying to conserve energy for her attempt on the Royd Roller virtual road grand prix race at the weekend and Matt Annison whose 12 miles on the mtb left him very wet indeed. The only report of drinking this week was Alison Edge who instead of celebrating her covid jab with a run, had a rum! ..so easy to confuse those two..