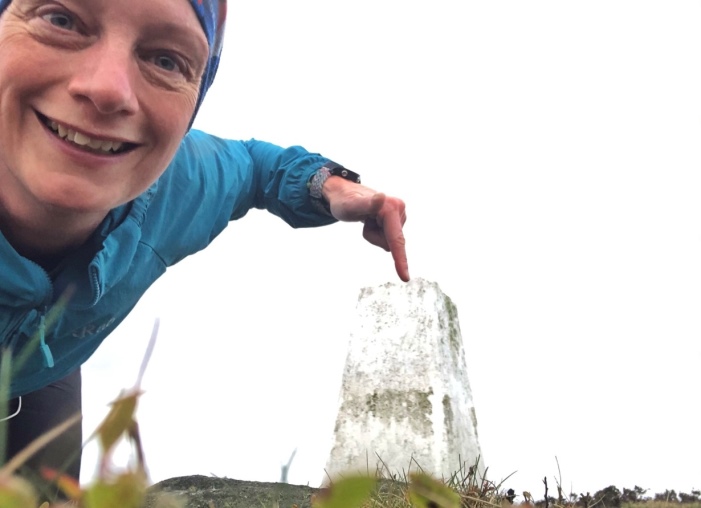 This weeks packrun (temporarily “On-yer-tod Wednesday”) saw Mandy Goth creating the concept of ‘find a chum, go for a run’ and 10kms followed in the company of Katy May. Secretary Duncan buddied up with Roger Howarth for a dash to High Brown Knoll. Peter Kerridge did ‘Frosty’s 4 miler’ although typically he ran further and got 6 miles in. Michelle Fullers 12.5kms was described as a ‘flat one on the hills’ (say what?) Stu Wolstenholme started a weekly coaching session with daughter Sammy which went will until Grohl the dog fell headfirst into the canal. Nick Barber resisted the comforts of his couch for a swift one up to Stoodley. Mark Wisbey got a PR on the last push out of midgehole segment on his run. Matt Annision did a 3km run as a warm up for a workout. Paul Brannigan and Matt Keyse reported their evening runs were “dark, windy and lovely” and “a tad inclement” Zoe Dijkman beat the fading light to run 11 km and became the local legend of ‘down HBK’ Russ Gibson also went out for a dusky loop around Gaddings. Several Toddies got out even earlier and in yeterdays sunlight Katie Samuelson ran 13.5kms picking up Strava segments and a PR. Danny Aspinall achieved “Stoodley Glory” Local Legend status. President David Wilson and Helen bagged several trigs on their 22km walk from Theivley to Bridestones. Sam Swindells ran a loop of Windy Warland. Ian Symington ran a speedy loop around Blackshaw head while Josh Fenton-Glynn did isolation run #60. Andy Worster took the ‘easy road’ option for his 20km. Barefoot Buddy sensibly did his 6kms on the Treadmill. Ricky Parrish’s morning run took him up Cragg Vale. Ivan Gee had a surprisingly windy run over Gaddings while Mark Williams stayed low running a loop around Huddersfield. Joolz Graham was out at first light bagging a trig while Robin Tuddenham was even earlier on his regular loop and getting a great photo of the sunrise over tod. Earliest of all were Dwane and Louise up in the lakes out before dawn, Louise even became local legend on Lakeland trails descent. Both Darren Gilman and David Wilson upheld Tod tradition as their evenings were spent with a pint earning a respectful nod from the club