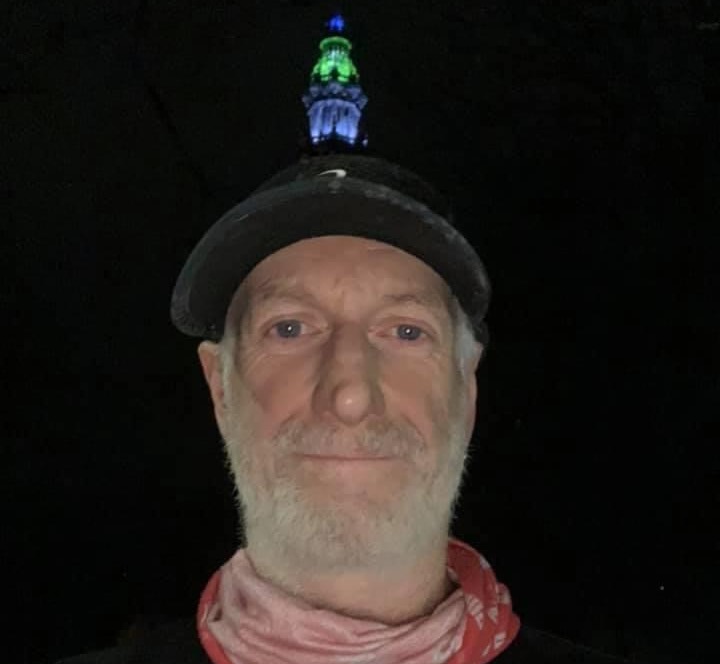 Lots of Toddies were out and about on the second ‘on-yer-tod’ Wednesday of lockdown. First up and way before dawn was Louise Greenwood tackling Silver Point in the pouring rain while Kim the dog sensibly stayed in bed! Also out early doors was Robin Tuddenham enjoying an unseasonably mild Tod loop. Rebecca Senior was out discovering new paths and becoming the local legend of ‘Stoodley Glory’ in the process. Mandy Goth and Katy May went down to ‘Royd and back through Wood top. Sally Chesworth took in High Brown Knoll managing to dodge the rain. Having less luck with the weather was Katie Samuelson who ran home from work, very wet – but still better than taking the train! Alison Edge lost her mojo but found it somewhere between Walsden and Tod via windy Lumbutts. Joolz Graham’s brain was blown listening to Brian Cox while running around Luddenden. Suzanne Copley went nowhere – better luck next week Suzanne! Heather Rostron and Lisa Peatfield tackled Ewood lane together while Winston Plowes kept his runs practical, collecting his car, emptying the bins (how far do you need to take your wheelie bins Winston?!) and well as running the canal towpath. Still soggy from her recent trip to Pendle Helen Wilson took a short run along with Skye. Upping the distance was Charles Colburn with an early evening 21k. Also raising the bar was Stu Wolstenholme coaching daughter Sammy to 8k, her longest run yet, Thankfully Grohl the dog kept his paws dry this week. No daft dogs on Peter Kerridge’s run, just a dark and boggy Dog Hill trig point, this wasn’t Peters first run of the day having bagged a bleak Standege earlier in the day. Michelle fuller did over 11k whist multitasking (is that running/drinking beer Michelle?) No slacking from Dan Phillips on his run over Slack top earning himself a Strava trophy on the Hudson Mill climb en-route. Pack run regular Sean Rawlinson did a swift out and back from Walsden (join us Sean, you know you want to!) Ambi Swindells became a Local legend after completing ten ‘short and sharp’ hill reps. Also out for hill-rep punishment detail was Claire Shaw packing 260 meters of ascent in 2km. Zoe Dijkman got whole row of Strava PRs and medals on her circuit of Hardcastle Craggs. Josh Fenton-Glynn completed isolation run #64 while Ricky Parrish loosened his legs on a local lunchtime loop. Buddy put his running shoes on this week and got a soaking but a row of Strava achievements was his reward. Danny Aspinall sprinted Gazelle-like around both sides of the Todmorden valley. Ian Symington’s run had a sting in the tail with an all uphill finish. Rounding off with an even bigger sting in the legs, Daz Graham became the Local Legend of Danny Lane on his hilly evening run. Only one report of beer drinking! Keep on running!