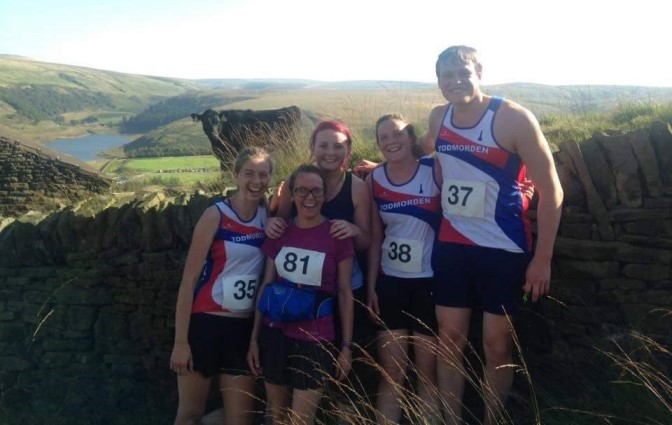 Eighty eight runners competed in the Utterley Butterley Fell Race, hosted by Saddleworth Runners on Sunday 18th September. Runners had to complete 8km (5 miles) in sweltering heat taking in the mixed terrain of tracks, footpaths and moorland, running past five different reservoirs climbing 260m (853 feet) overall. The route also takes in some of the Pennine Way, the Kirklees way, and the Standedge Trail in a circular loop back to Marsden Cricket Club.

Richard Butterwick was the first Harrier home, his second race of the day, which didn’t stop him from claiming a 17th place overall in 38:23. Second Toddy back was the ever improving Kim Ashworth in 48:51, followed by Jordan Yates and Hannah Godden.