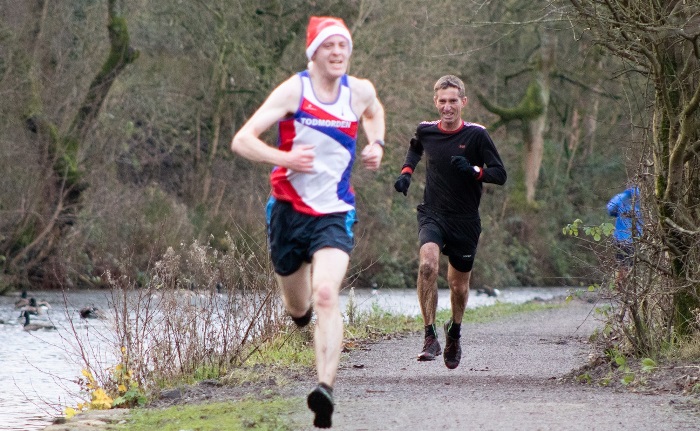 Saturday 19th saw the Harriers take to the trails around Stoodley Pike for the final race of the Winter League series. Conditions were mild, bright and dry although the course was very muddy in places. Duncan Cannon led Jon Wright in this closely contested race to finish first in 32.35 with Jon just 6 seconds behind. Ambi Swindells was the first woman despite a taking wrong turn near the end! Virtual entries to the race series are being accepted until the end of December.