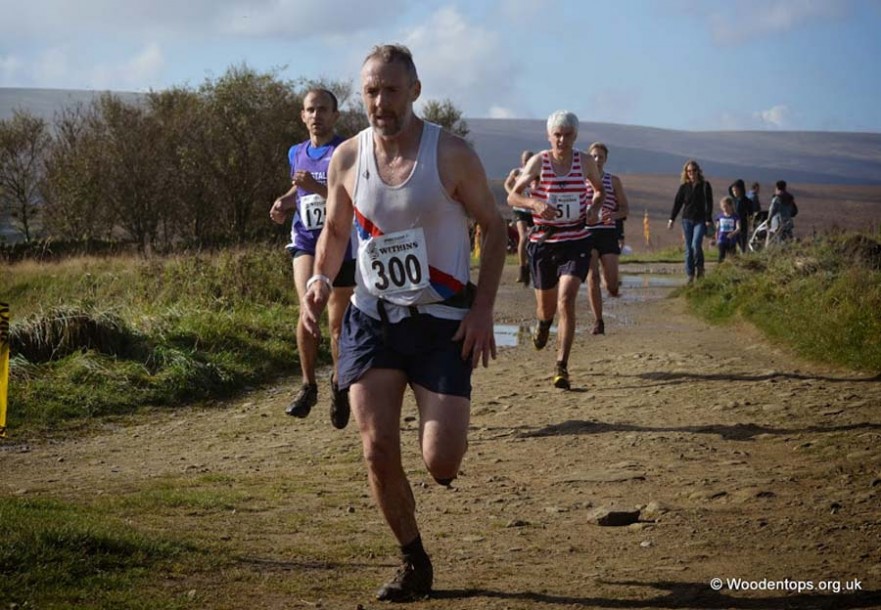 The weather was unusually sunny for the 23rd annual Withins Skyline race, which took place on Sunday morning. Tradition usually has the runners setting off in a mixture of clag, wind, sleet and cold rather than warm sunshine. Eight seniors from Todmorden Harriers took to the hills around Penistone. First home was Dave Collins, who finished in 32nd position in a time of 52.31. The first placed lady for Todmorden was Rebecca Patrick, finishing in 111th place in 57.57.

The juniors taking part in the Rat Runs and hour before the senior event weren’t as fortunate with the weather as rolling morning mist sitting low on Penistone Hill, although this didn’t detract from the enthusiasm and speed that these youngsters display. Todmorden Harriers had two runners in the 0.5 mile long Under 8 event. First home for Todmorden was Ben Hodgkinson, finishing in 32nd place in a time of 3.56. Second for Todmorden was George Daniels (competing in his first ever fell race), finishing in 52nd place in a time of 4.41.

Paul BranniganWithins Skyline – The Old Guard and the Young Guns10.17.2014