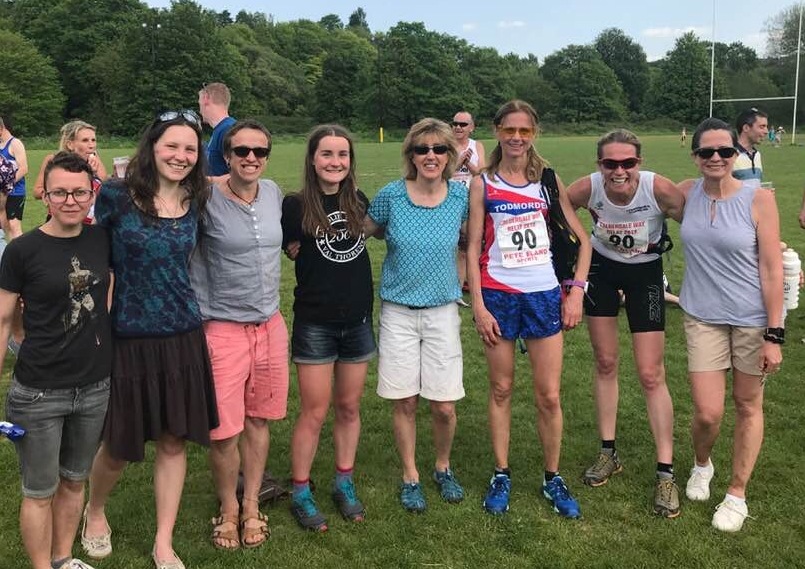 The sun shone on the Todmorden Harriers’ women’s team on Sunday in the Calderdale Way Relay as they claimed first prize in the event. Six pairs of Todmorden’s fastest battled against the conditions and over a hundred other teams to take the honours. This is the first time that any Todmorden team has claimed first prize in the event. The Todmorden women also succeeded in toppling the mighty Holmfirth who have won the women’s race for the past 5 years. The strength and depth of the team was demonstrated by the way they reeled in the early leaders, Barlick, who had established a 15 minute advantage. Strong runs from all the Toddies meant they overhauled Barlick, finishing strongly to claim first place. Todmorden also fielded mens’ teams and an all-stars mixed team. Results were not available at the time of writing.