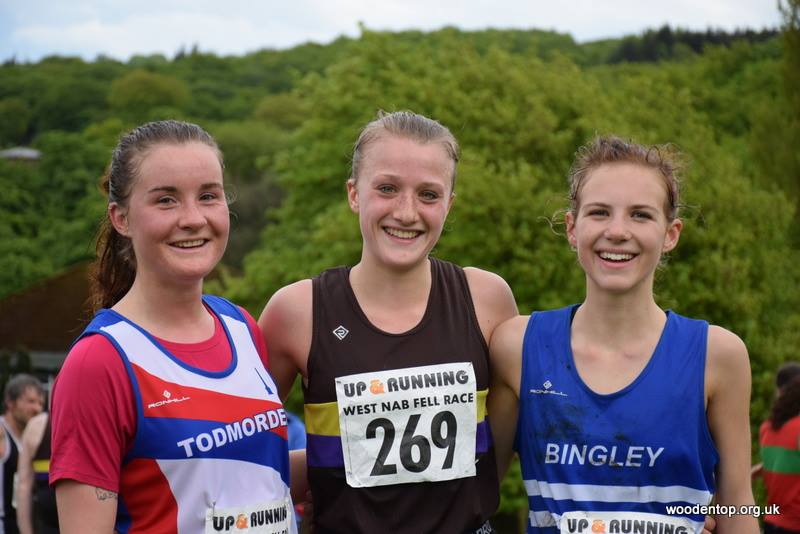 Report by Greg May and Pauline May

Yorkshire and English Fell Championships: Up The Nab

In quite a contrast to the first race of the English Fell Championships at Black Coombe, it was well and truly a summer’s day on the hills above Glossop for the second of this year’s four race series. This time, there would be no navigation worries after the comedy of the errors that occurred during the first round, with the course, if anything, verging on being over marked in places.

With almost Andalusian conditions in the week leading into the race, the course was as dry as it could be, but inevitably there were still had a few pockets of hidden mud to catch out the unwary runner. Sunny conditions and a stiff headwind up the first climb faced the field as they ran up the mile long grassy climb that stretched all the way to the horizon before dropping off the far side into more technical terrain. With the race finishing down the same mile long stretch, every runner knew they would be chasing hard for the whole course. Just as a short, steep fell race should be.

In the women’s race Heidi Dent from Howgill Harriers led from the start and built up a large gap over Bingley’s Victoria Wilkinson who came home in second about 90 seconds adrift. The first Toddies woman home was Pauline May in 32nd place in 48mins and 24 seconds. In the U23 category Annie Roberts ran a great race to finish in second place behind Ellie Crownshaw of Dark Peak.

The men’s race was a much closer affair with Mercia’s Simon Bailey only overtaking Steven Hebblethwaite from Keswick in the last few hundred yards of the final descent. The first Toddies man home was Jon Wright in 60th place in 39mins and 13 seconds. Full results can be found here:

With many of the Tod Harriers focusing on the British Championships, and a round of the FRA Junior Championship in Hawkswick on the same day taking away some runners on parental duties, the turnout was maybe not what it could have been. Either way those who did turn out probably didn’t expect to get quite so sunburnt!

Paul BranniganYorkshire Silver for Annie at Up The Nab05.25.2016