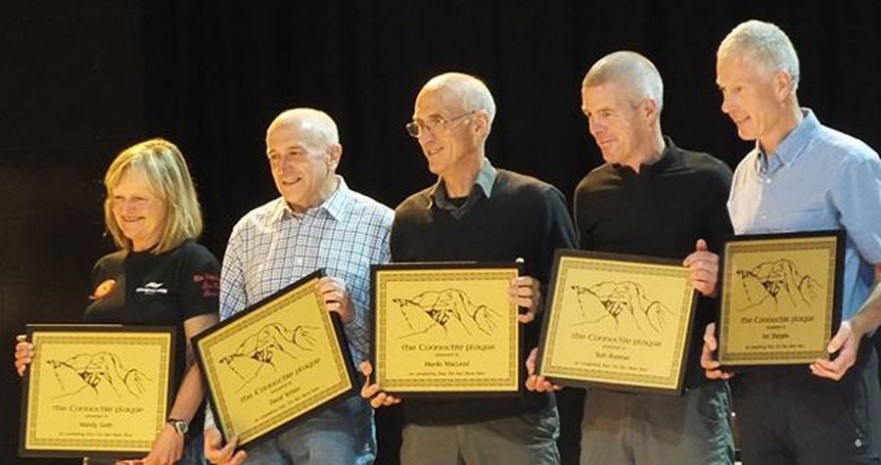 Yorkshireman Off Road Marathon and Half Marathon

Eight Todmorden Harriers competed in KCAC Yorkshireman Off Road marathon and half marathon last weekend, with four competing in each event. The event is well known for its mix of terrain that seems perfectly runnable, but combines with distance to create a real challenge for runners. First home for Todmorden in the Marathon was John Allan, finishing in 12th place in a time of 4.02.40. Just two places behind him was Andrew Walker (14th) in a time of 4.09.28. Lucy Hobbs represented Todmorden’s ladies, finishing 60th in 4.49.20. Paul Cruthers completed the Todmorden contingent, coming home in 120th in 5.49.40.

Just four Todmorden Harriers hit the road last weekend for the Garstang Half Marathon, but came away with two firsts and a second in the age group categories. Nick Barber continues to run well, winning the V40 category in a time of 1.20.48 and finishing a fantastic 4th overall. Robin Tuddenham placed 5th overall, claiming second prize in the V45 category in a time of 1.22.08. Richard Butterwick (V45) was the third Todmorden Harrier home, finishing 16th overall in a time of 1.28.24. The fourth member of the quartet was Peter Erhardt. Peter is well on the way to completing 70 races in his 70th year. He finished in 118th in 2.06.22.

In 1895 when William Swan, a Fort William barber, set off on the first recorded timed ascent and descent of Britain’s tallest mountain he could not have envisaged the modern day Ben Nevis Race which now has a field of 600 runners accepting a challenge which is not for the unfit or faint-hearted.

A number of Todmorden Harriers took on the challenge this year, with a strong body of support from the club also making the journey north to cheer them on.

Kath Brierley was the first lady home for Todmorden, She finished in 237th in 2.25.50. Second lady was Kirsty Patten in 366th place overall with a time of 2.47.05. Helen Hodgkinson finished in 3.05.26 in 433rd position. Mandy Goth was competing in her 21st Ben Nevis fell race and received the Connochie Plaque in recognition of her achievement. She completed the course in 3.06.00 (435th)