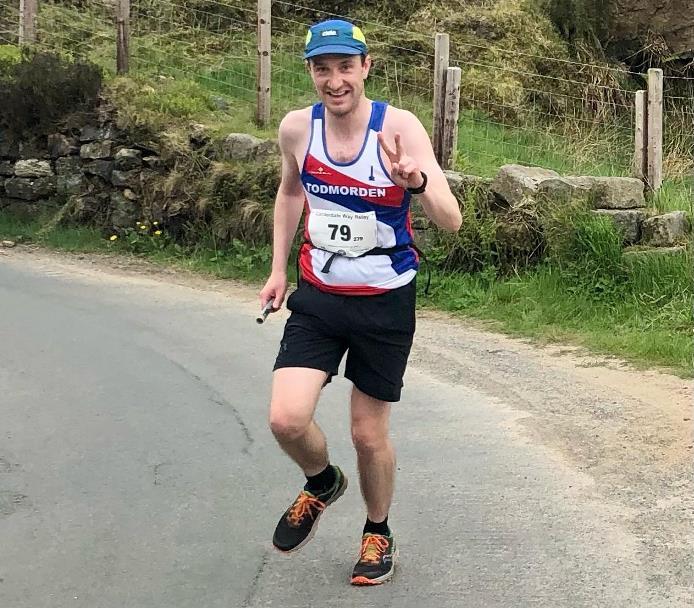 Arguably the biggest club event of the year happened this Sunday with 48 Toddies taking part in the calderdale way relay. The vets team unfortunately fell a couple of minutes shy of retaining the vets trophy once again but were comfortably 2nd by almost an hour.
The open team had a stormer of a day on the fells and finished in 18th overall. Particularly exciting was the performance of new boy Andy King who with very limited fell running experience ran the legs off Dom Leckie on leg one. One to watch for sure.
The other notable Tod performance of the day goes to Darren Gillman on the all stars team who finished the final 6(!) miles of his leg with a badly sprained ankle. Fingers crossed for a speedy recovery!

Alderman’s ascent
The Saturday was craggrunner’s Aldermans Ascent race. After last years 30 degrees English Championship race this was a somewhat cooler and more relaxed affair. The course is still the same challenging affair as ever though, with the briefest of respites after climbing pots and pans to the monument before dropping down off the other side in a truly hair raising descent that feels like falling off the side of the world. Ben Blosse continued to pick up good results taking 5th place. Club Chairman Stu also had a very decent run finishing in 26th despite saving himself for the calderdale way relay the following day. 61 runners competed on the day.