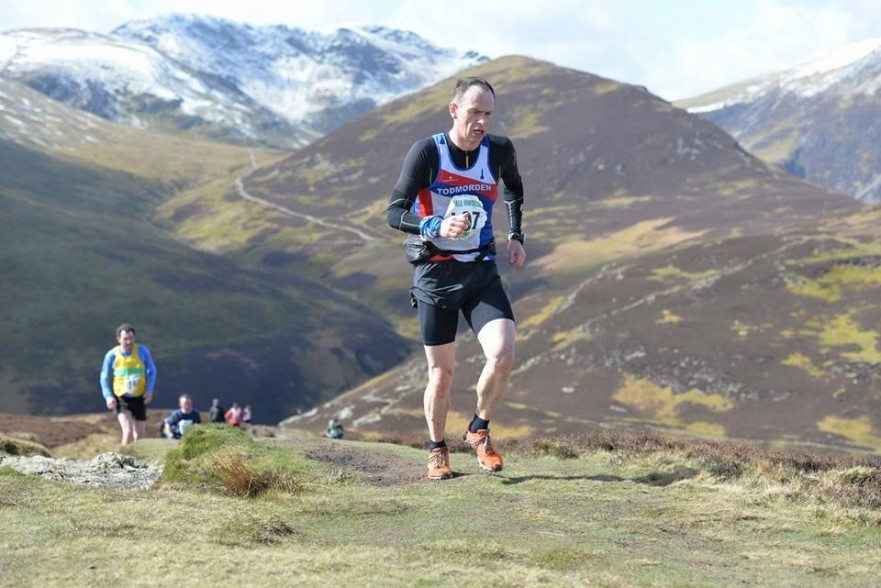 Todmorden Harriers were in action in three events last weekend; two local events – the Calderdale Hike and the Wardle Skyline fell race and in the Lake District, the Coledale Horseshoe fell race.

On Saturday, in cool conditions, it was the turn of Todmorden’s long distance specialists at the Calderdale Hike, with runners able to choose from 26 mile and 36 mile routes. The Calderdale Hike was originally a walkers event, having been established in 1979. A few years ago the event became part of the Ultra Running Series and now attracts entries from some very talented fell runners. The St Paul’s Scout group do an admirable job of organising the event and each year makes a notable charitable donation to a variety of causes.

Todmorden’s John Allan achieved a superb first place on the 26 mile route, awarded the Raynet Cup. Andy Walker proved his ability too in the longer events with an excellent third place, with Darren Graham not far behind.

In the 36 mile route, Calder Valley’s flying Scotsman, Ian Symington was the winner of the Thieveley Pike Trophy for first placed runner. New Todmorden signing, Steve Radcliffe completed the course in a shade under 6 hours and in 5th position; very impressive given the whopping 6300 feet of climb. Also completing the long route were Craig Stansfield and Jo Daniels.

Also close to home, at Wardle Skyline fell race, runners were met with dry, mild and breezy conditions and the reward of some truly scrumptious cake. Rob Gray was the first Tod Harrier hone in 28th position.

Learning the 3 Rs at Coledale Horsehoe

Sue and Martin Roberts, along with James Riley, made the excursion up the the Lake District for the challenging early season Coledale Horseshoe fell race. Coledale is one of the classic Spring Lakes races, covering 8.5 miles and 3000ft of climb. This year though, snow on the high tops meant a change of route. This would usually involve a taming of the route; not so in this case. The new route involved an additional descent into the valley and an extra 500 feet of climb out again. 50 mph gusts didn’t hamper the Todmorden efforts, with Riley finishing in a shade over 1 hr 30 mins.